on the 16th October 2014 at 13:50 - A Police Blog
Comments and Reactions
Thank you for reading this blog and for following @Spamford on twitter. Hopefully it has raised a smile or to in a difficult period for everyone, public and police officers alike.
I am now working on some of serious writing projects/case studies concerning the way police officers with mental ill health are treated. If we judge our society on how we treat the most weak and vulnerable, then the same test could be applied to any organisation, or indeed to any individual. Unbelievable but true -police officers are human beings - the same as everyone else
Looking back over the 70 or so posts it became clear an attempt at satire had become a spoof historical record of the most turbulent period in policing history.
The 'community updates' (blogs) are now available in 'A Brief History of Policing 2010-2014,The Spamford Files' An ideal Christmas present for someone you don't like.

Buy it, read it and then bury it in the garden in a time capsule (not the Kindle...

Police: Policing is like being in a night club

on the 28th August 2014 at 17:37 - A Police Blog
Comments and Reactions
As a result of having their pensions stolen and the impact of a series of reforms introduced by a former train driver, a number of police officers have left Spamford Police to pursue different careers.

Former PC Martin Wibble is taking up a position as a night club manager and feels his police experience will be put to good use in his new role. After initially seeing his wages increase after becoming a paper boy- Martin found the early mornings were just like working shifts- he is delighted to be starting in a new job.

'Policing at the moment is just like being in a night club. The constables are in the toilet cubicle dealing with all the shit and the sergeants are standing at the urinals. They are keeping out the way of the shit but don't mind getting a bit of piss on their hands. The inspectors are at the sink washing their hands of it all while the chief inspectors are abusing the free aftershave in the hope that they will be able to join the superintendents on the dance floor. The superintendents will dance to any tune, hoping...

on the 21st August 2014 at 10:02 - A Police Blog
Comments and Reactions
Sex, drugs, PCSO's, Taser, Stop and Search and fiddling the crime figures -  all in one story for less than the price of a latte from the HQ coffee machine

Thank you to all the citizens of Spamford who have downloaded the story so far. 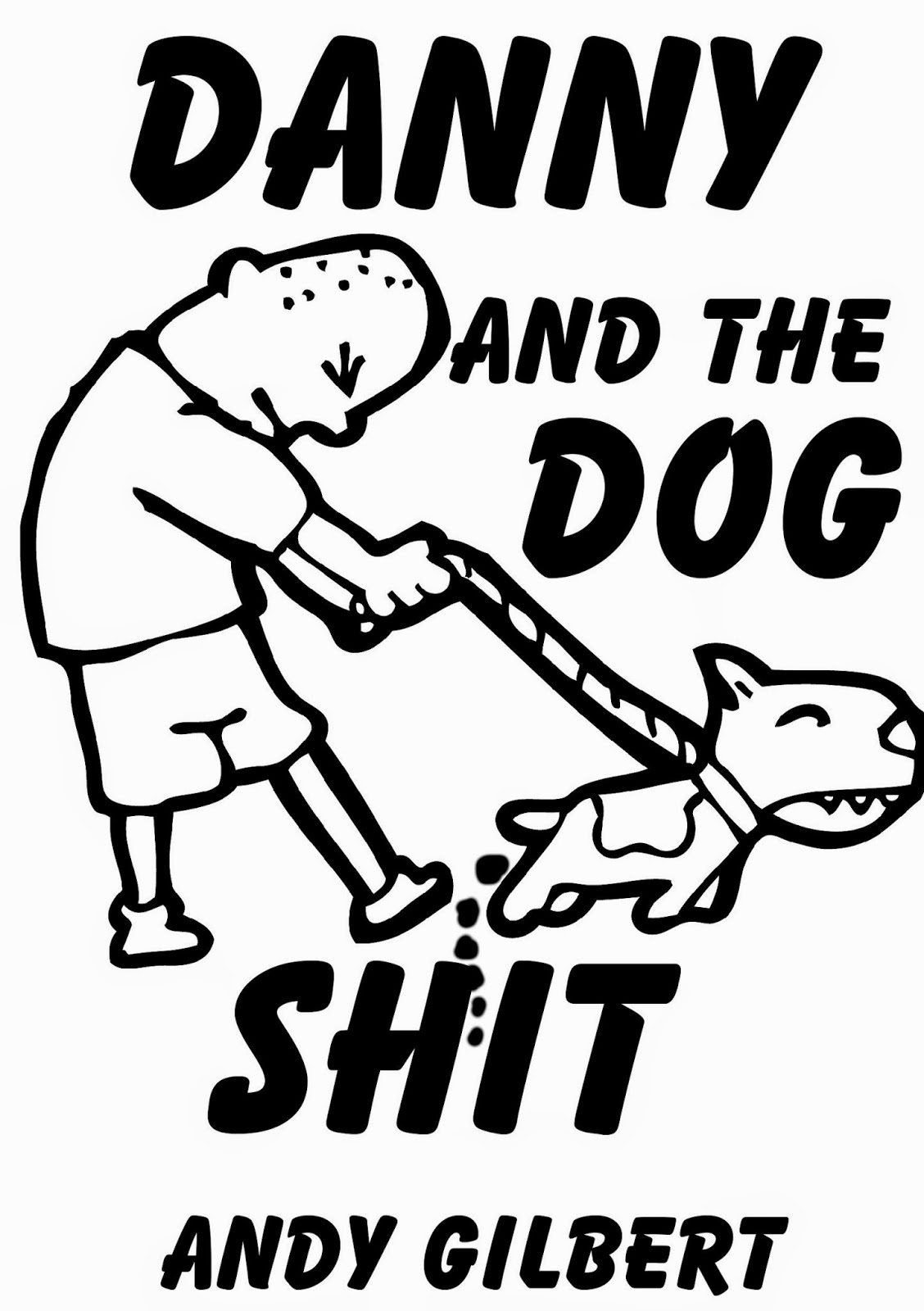 on the 03rd August 2014 at 16:43 - A Police Blog
Comments and Reactions
Public order trained police officers were called to quell an outbreak of disorder at the recent A.G.M of the Spamford branch of the National Association of Retired Police Officers (NARPO).
Violence broke out when a new member proposed that the annual Christmas lunch should take place at a local curry house, as opposed to the Spamford Golf and Country Club where the event has been held for the last twenty three years.
NARPO chairman Reg Bresslaw said ' The use of A19 to retire officers has brought in some young members with radical ideas. If we are not careful we will end up going to Prague on the piss instead of Eastbourne for our summer break.'
'The golf club has always looked after us and the staff will even chew our food for us if we ask them.'
Mr Bresslaw, who has been the branch chairman since his retirement in 1967, does not condone the use of violence but described the atmosphere in the room as 'ugly' before the vote took place.
Officers arriving to separate the two rival groups were greeted with a hail of Wertherâ€™s...

on the 19th July 2014 at 8:36 - A Police Blog
Comments and Reactions
As Spamford HQ breaks up for a well earned six week summer holiday, the press and public relations department have published a heart warming tale about neighbourhood policing to maintain the confidence of our diverse communities.
Although key departments such as business planning, transformational development and community cohesion will be taking a well earned break, we will still be providing a world class police service with the handful of response officers and couple of detectives whose leave had been cancelled.
'Danny and the Dog Shit' (Adult fiction - not for those easily offended or HPDS chief inspectors) is now available as an e book.
http://www.amazon.co.uk/Danny-Dog-Shit-Andy-Gilbert-ebook/dp/B00LV0FYU4
Reviews by Spamford Senior Leadership Team

ACC Jasper Smallcock said ' Whether spending your summer sitting on the beach or sitting on the toilet, for less than the price of a latte, you can read this. I couldn't wait to finish it.'
ACC Marcus Barmby-Moore said ' I found the part where a PC leaves the station and goes out on patrol quite...

'The public justifiably expect the police to do the right thing in the right way. The new Code will therefore give our communities and the public in general, a baseline for our standards and our principles so that they can challenge us when they feel that decisions are not in line with these principles.'*

on the 09th July 2014 at 19:21 - A Police Blog
Comments and Reactions
Spamford Police have come out in support of Staffordland Chief Constable Richie Cunningham who states that there is no evidence that the decrease in police numbers is anything to do with the increase of assaults on police officers.
During a 30 minute stand up routine, Richie entertained the audience with some classic ACPO comedy including;
'There is no evidence to suggest single crewing is something which leads to more assaults because very often, in forces who advocate single crewing, there are all sorts of other risk assessments put in place and the equipment and training is far superior to what (officers) had previously.'
And the hilarious,
â€œWe should always remember that when people signed up to be police officers, they signed up to do a job that does carry risk. Indeed for some people that is part of the attraction.'
Response officer PC Ralph Malph agreed by saying' I enjoy turning up single crewed to pub fights and getting punched. It's something I have wanted to do since I was a little boy'.
Officer welfareremains a...

on the 14th June 2014 at 18:00 - A Police Blog
Comments and Reactions
Spamord Surveillance Unit (SSU) said goodbye to a legend in the world of covert policing with the retirement of John 'Big Job' Jenkinson who had been on the department since its formation twenty eight years ago.
While working as a response officer for his first two years, John attended numerous dangerous and violent incidents however none of his colleagues could actually remember seeing him there, and his reputation for blending in to the background became firmly established.
Although John remained a constable, new recruits to the surveillance department wrongly assumed that he was a member of the management team as 'Big Job' was always telling them what they were doing wrong and he spent most of his spare time hanging  around with senior officers.
'Big Job' was always the first to arrive back at base after an operation and let the management team know who was responsible for any mistakes that had been made during the day.
One covert officer, whose identity cannot be revealed said ' He was the master of disguise. With his pot belly and mullet...

on the 27th May 2014 at 14:54 - A Police Blog
Comments and Reactions
Last week Spamford Police appealed for help from the public after video footage was recovered of what appeared to be a male being held hostage The male was semi naked, tied to a chair and was wearing a black mask to hide his identity. The male was being subjected to verbal and physical abuse with a variety of implements.
A major investigation was commenced and a number of specialist officers were involved. This included highly trained hostage negotiators, as we believed that it would only be a matter of time before ransom demands were made.
Following extensive enquiries, we have now established that the footage was from a police body worn video camera being used by one of our own officers and it had accidentally been activated during an informal mentoring session with ACC Jasper Smallcock.
We would like to reassure our communities that as a police service we remain  confident that the benefits of using these cameras and the associated technology will be realised in terms of criminal justice savings and in terms of police officer integrity and safety.
ACC...

on the 02nd May 2014 at 8:53 - A Police Blog
Comments and Reactions
Staff officers from Spamford are through to the next round of a national competition following a surprise victory in the quarter final stages.
The event, which involves teams from every force in England and Wales, requires the competitors to complete a number of staff officer disciplines in front of a panel of judges. The challenges relate to their usual duties and include coffee making, bag carrying and Indian head massage.
The key role of staff officer has been stepping stone for many current officers in ACPO and is ideal for people seeking a career in policing without having to do any actual police work. It provides a vital insight in to what police leadership is really like.
Spamford fielded an all female team mentored by ACC Jasper Smallcock who was delighted with the narrow victory over Northants.
'We knew it was going to be a difficult fixture. You only have to look at their twitter accounts to see the high level of chummy corporate banter they can produce, but I knew from personal experience that my girls could pull it off'.
Team...