Ross Backshall from Northwood in The Isle of Wight spent many months training for the Triathlon that he completed on Saturday 15 March, in order to raise money for HIOWAA.   Ross, who has learning difficulties, was encouraged by his carer to maintain his fitness, and as a result he started using his efforts to raise money for various charities.  He choose to support HIOWAA for this particular event because he wanted to do something for a local charity that would benefit the island.

The Triathlon was put together by his trainer, Vicki Habgood, and comprised a 5km run around the Medina, a 20km cycle ride, which he completed  on an excercise bike at his local gym, and 30 lenghts of the Medina Simming Pool.  Ross's nine year old nephew Bily Backshall swam alongside him, and his trainer Vicki joined him for the 5km run.

Below is a photograph that was taken on the day. 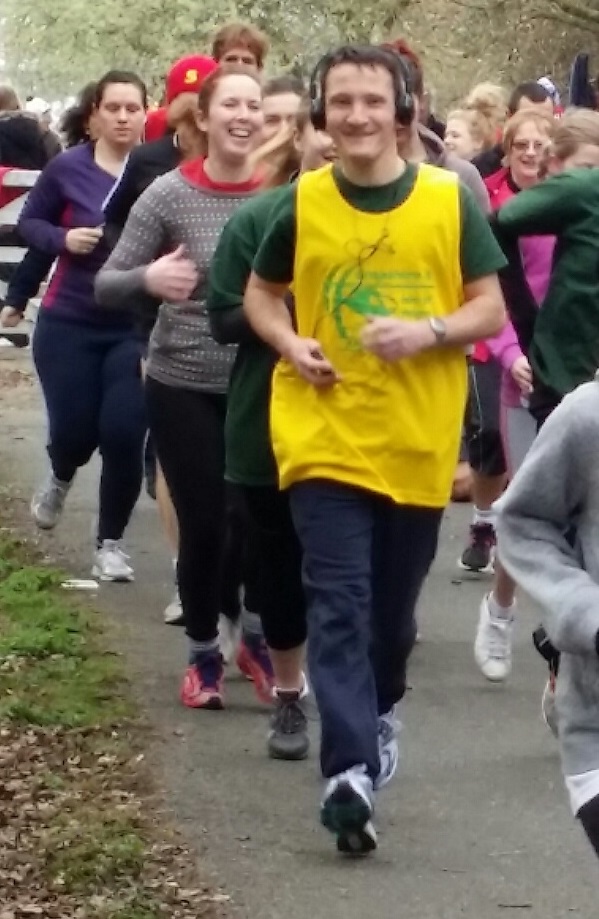