On Saturday 14th December, CCF June Leatham was presented with a cheque by Alresford Golf Club outgoing Captain, George Clelland, for the fantastic amount of £9350.00. George chose to support HIOWAA during his Captaincy, for which we are very grateful and was ably assisted by Jane Scott – Ladies Captain for 2013, and Pete Dowse – Vets Captain for 2013 (pictured).

Another Alresford Golf Club member, James Stewart,  took part in the tandem skydive in September, in support of George’s appeal, and raised £560.

Many thanks to everyone at Alresford Golf Club for generously supporting George in raising such a marvellous amount of money for HIOWAA. It really is greatly appreciated. 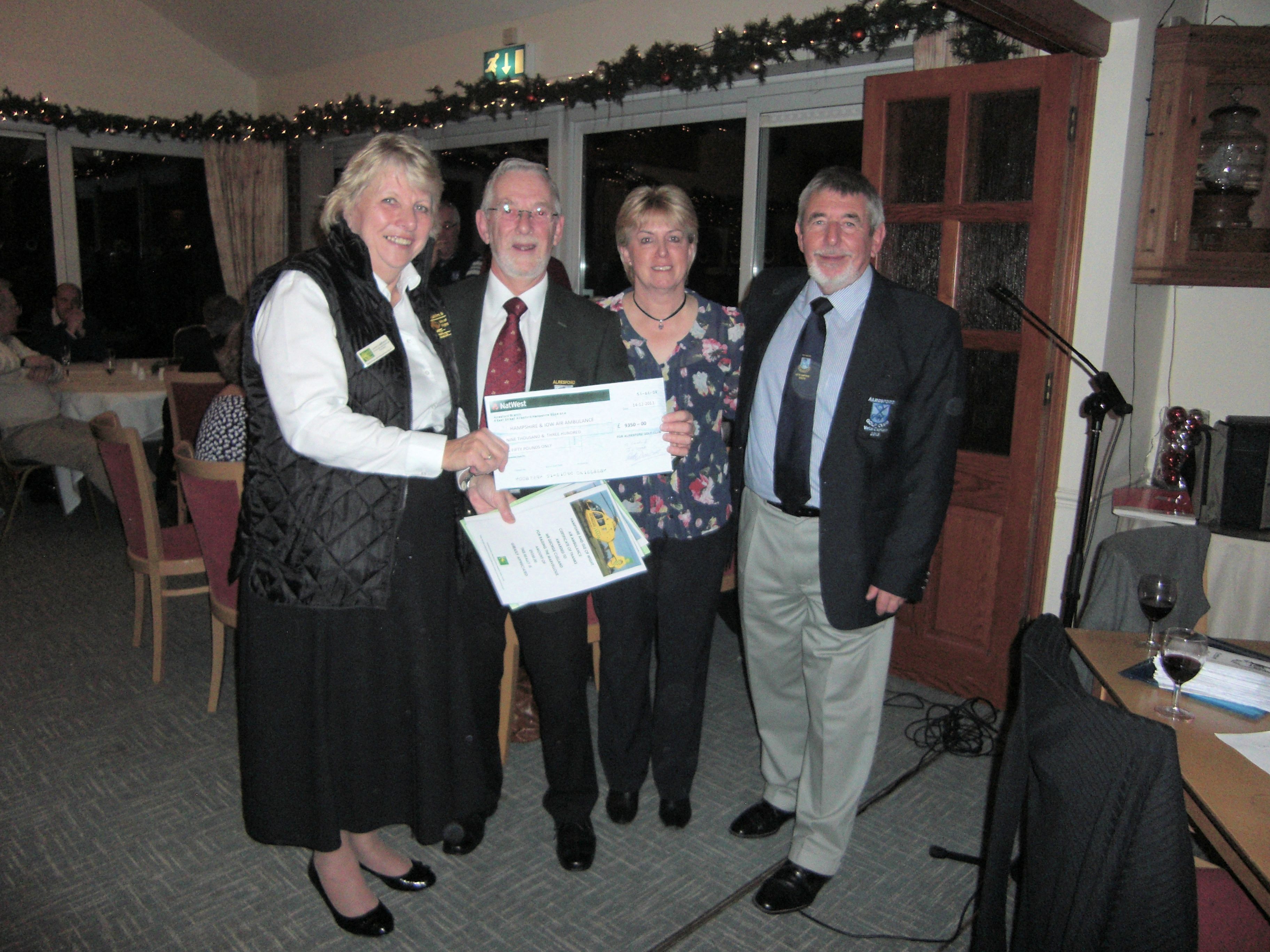