on the 15th April 2011 at 16:44 - Posted in Ambulance Blog
Eyes glazed and bloodshot, he stands in a corner at the side of the building trying to hide his tears, but to no avail. His colleagues avoid his eyes, fearing that they'll make things worse. Last time him and I met on a call, it was after a man had been shot in the head. He sat holding a bandage over the bleeding wound whilst we worked to save the man's life, none of us fazed by the scene or its consequences.
"It's never the big things that get you. It's always the ones you least expect!" A word at a time, sobbing through a simple sentence, he managed to verbalise what we all felt.
His police uniform, bullet-proof vest and all might shield his exterior, but his insides were in turmoil. We all were. He was just brave enough to show it, even with his colleagues and superiors around. I'm not that brave.
At the scene, blood trailed around the house.
There were no screams.
No shouts.
No reaction at all.
And just for once, I wish there were. It might have made things seem less surreal, and maybe we'd have had less time to think.
When it was all over, the scene was cleared, the ambulance had taken the patient away, and I was left with my car and a dozen police officers. I tidied up outside and went to talk to him, trying to rationalise the medical side of what we'd just seen.
But a dead baby can't be explained.
It can't be rationalised.
It can't be forgotten.
Our uniform makes people think that we can deal with anything, sometimes we think the same too. Sometimes we believe that we can see anything and just go home at the end of the day as if we've had just another day at the office. 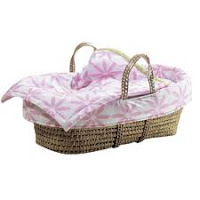 But we're as human as a bank clerk, a teacher, a garbage collector. Each of us finds a way to cope, because we have to, just so we can go back to work each day and do it all again.
And for now, at least for me, coping means that I travel to and from work using a different route, just so I don't drive past the scene every day and see those vacant eyes. The eyes that stared back at me from the blood-soaked crib.