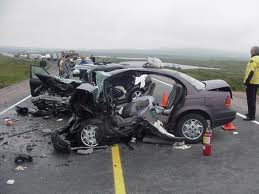 BBC News amongst others is reporting the new idea of on the spot fines for dangerous driving. I'm sure we've all seen examples such as the ones in the video, and worse.
The plan for an Â£80 fine and three points on a licence is a start, but nothing more.
It seems like nothing more than a political stunt when you consider that you can get fined Â£1,000 for throwing a piece of chewing gum in the street.
Surely, driving dangerously and threatening the safety of others should have a much higher penalty than than littering?
What do you think?