Back On The Road 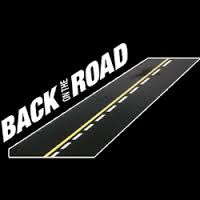 warning myself, not aware enough at the time that the elephant in the room that I'm ignoring was precisely the thing that should have been uppermost on my mind. It took a couple more months and one critical incident to finally make me heed that warning. Although when I did, it was through necessity, not choice.
The fog floated across the highway, a surprise, unwelcome visitor on what had begun as a clear winter's morning. We were heading back to the station after the first call of the day, a patient with the body of the ninety year old she was, but a mind still that of a teenager. She spent the entire journey to hospital warning us never to get old, because "Your legs will want to dance, but you brain will tell them they can't even stand." We were still discussing her presence of mind and praying for the same level of sanity at that age, when our thoughts were shattered by a call from the control room.
"Find the first place you can to turn around and head in the opposite direction. Calls coming in of a serious incident. Details to follow as soon as we have them."
It was, in theory, nothing unusual. We're used to calls coming in and being told that someone had fallen from height, only to find that the height involved was the pavement. Or the call to a pedestrian hit by a car that turns out to be little more than a glancing blow at zero speed. Or even the unconscious patient who just happens to be walking around when we arrive. Something in the dispatcher's voice said otherwise. Something in the air on that highway turned decidedly cold as we travelled to an unknown serious call.
The last orange flames were being put out as we arrived at the scene.
All around were rivers of firefighting foam as plumes of smoke climbed into the air, the last signs of the now extinguished fire. Wreckage covered an area the size of a tennis court, an area that up until a few minutes earlier had been a holding area for enthusiasts waiting their turn to take to the skies. The marks of the tiny aircraft were clearly visible as one wing seemed to be the only part unclaimed by the fury of the inferno. One firefighter, stepping back out of the way now that his job was done, motioned to us that it was now safe to approach.
It took some time, but eventually we identified the victims. There was very little by which to be sure. At first it was uncertain how many there were. The human form had been disfigured beyond recognition, first by impact, then by fire, as the microlight lost control and hit the tarmac, cruelly ending their lives in an instant.
The rest of the shift passed by in a blur. The images, too raw to process, remained locked away for the next few hours, even for days and weeks, and then broke out all at once without any warning. Since then I have learned a great deal about PTSD, about not hiding from it, about coping with it, about getting back to work, and most of all â€“ about me.
I have learned that, unlike my thoughts on the previous post, it isn't just me. That there are plenty of others who struggle, some less so but some much, much more, and all that they required to start on the road to understanding and acceptance was a voice that would proclaim loudly â€“ I'm here with you.
This is why this blog is back. I'm honoured to have you as readers, but first and foremost the writing has always been for me. It has taken me a while to realise that, but I'm back. If you're here to come along for the ride, to join me on this journey through a world hidden from most, then you're more than welcome back on the road, as always.