on the 27th June 2011 at 14:49 - Posted in Ambulance Blog
I think, that rather than preventing my kids from leaving the car at the wrong time, I need to child-lock myself in my car sometimes.
On route to work, I was followed for almost ten minutes by another car with a small child on the front seat. Then on the back seat. Then back to the front.
In uniform, out of sorts, and stopped at a set of traffic lights, I could bear it no more. 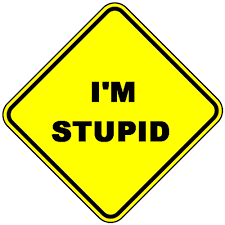 I got out of my car, knocked on the window, and was about to suggest to driver that an unrestrained child is not only illegal, but it's damned stupid, and that I didn't much fancy the idea of being the medic at the scene of an accident who had to break the news that her child's dead. Because she's stupid.
Stupid wasn't the half of it.
On the back seat, secured by not one but two seat belts, was a brand new television.
"Your TV is strapped in, and your child isn't? What's wrong with you?" I didn't mean to yell, but my red-headed temper got the better of me.
As luck would have it, a passing police car saw the altercation and came to tell me off, assuming another road rage incident (they were only partially wrong), only to see the real problem.
I left them to it.