on the 27th March 2011 at 2:59 - Posted in Ambulance Blog
Cue: blowing my own trumpet. (I hope that translates in the USofA the same as it means in the UK...)
Despite having done no exercise for years, and then picking up an injury, I did it.
I ran, walked, and sometimes practically crawled a half-marathon. It took me longer to finish than the winner of the full marathon, but I don't care. Just over two months ago I needed a challenge, found one, took it on, and completed it. During the journey towards and during the challenge, I made the following notes.
You MUST prepare properly.
I didn't.
You MUST be realistic.
I wasn't.
You MUST NOT pick up an injury four days before running a half-marathon, and then still run it.
I did. Both.
You MUST be completely nuts to want to do something like this.
I am.
You DAMN WELL WILL finish it, even if it nearly kills you.
It did, and I did.
The person who designed the course clearly had a sadistic side to them leaving a monstrous hill to climb for the last couple of miles. This was, however, then followed by an equally steep, but somewhat shorter downhill where my legs felt as though they belonged to somebody else. My injury screamed most of the way round the spectacular course, and my lungs kept threatening to give up and go home. I repeatedly thought back to the start, where another runner took a photo of me. He was running the same race, but on one prosthetic leg. My "bravery" suddenly paled into insignificance and drove me forwards.
As I ran past each strategically stationed ambulance and first-aid post on the route, I became ever more determined to ignore their inviting offer of rescue. All along the route families, people I have never met and will never meet again, shouted, sang and cheered their support. Even for the stragglers like me (and, surprisingly several hundred behind!).
I know, I know. It was only a half-marathon. All of twenty-one kilometres, or thirteen miles if you prefer. Twenty minutes in a car, I mean, how far can it really be? Some people have to travel further just to get basic groceries! But to me, it was a lot more than that. It was inescapable proof.
Proof that I can achieve things that I once thought impossible.
Proof that I can now take on challenges that up until now I would never have even considered.
Proof - definite, undeniable proof - that many things that I had believed about myself until now can be well and truly defenestrated. (Thanks AC et al)
Who knows where this realisation will take me now? 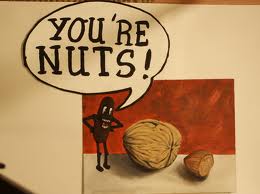 Over at RRD's blog, he's planning on a 10k run along with some other BASICS colleagues to raise funds for their vital organisation. I may go and cheer from the sidelines. In fact, in hindsight, 10k is where I should have started too, but it's a little late now.
Whilst he's doing that, I think the most improbable thought. A thought so frightening that I'm not sure what to do about it. What do I think?
I think I want to do it all again. Except that next time, I'll be ready.
Told you I was nuts.