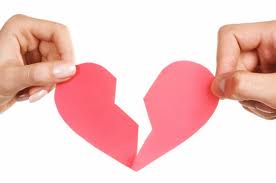 A massive dent in the passenger door.

The hood and the roof scraped.

One of the tyres a hundred yards down the road.

And the driver stood laughing by the side of his car.

The passenger side, the one with the worst damage.

"What are you laughing at?"

"What has she done that's made you laugh?"

"And that made you laugh? You don't look too broken up!"

"Well, up until ten minutes ago she was my girlfriend. When she broke up with me, parked up outside her house, I threw her out my car. If we'd still have been together, she'd be dead."

Reality suddenly struck and he broke down in tears.

"I've never been so pleased to break up with anyone before."