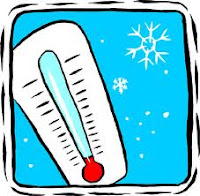 Lying on the pavement in a puddle which I hope is just rain, but fear that it probably isn't, Val starts cursing the second he sees me approach.
"Now, now, there's no need for that! We should be best friends by now!"
"Oh! I'm sorry." Val says. "I didn't know it was you. I thought it was the old bill again."
Somehow his clothes are filthy, even though I remember for certain that they're not the ones he was wearing the day before. He's a regular, but as regulars go, normally a fairly friendly one just looking for somewhere warm to spend the night. The truth is, it's rarely Val that calls us, but some unsuspecting member of the public worried that they're looking at a dead body in the street. So far, he's never been dead. I fear for the day when he really is, it'll probably be the one time that nobody bothers to call. Along with the rest of the usual observations, I check his temperature which shows that he's hypothermic, four degrees below the normal body temperature.
"How long have you been out here?"
"Don't know, what time is it?"
"About eleven o'clock."
"At night?"
"It's dark, isn't it?"
"True, but it could have just been cloudy." I raised an eyebrow, and he saw the flaw in his own logic. "Anyway, if it's eleven, it's probably been about eight hours. I got thrown out the pub at about seven."
"That would make it only four hours, Val." Unsure as to whether it's alcohol or hypothermia that's causing his confusion, I decide on another line of questioning. He wasn't sure where he was or which pub he'd been in, but knew his date of birth and even where he was born, or at least claimed to have been. With time for one final question as the ambulance pulled into view, I decided on an easy one.
"Do you know what day it is?"
"Pass me the bag will you?" Val takes the plastic bag, pulls out the large bottle of cider, turns the label towards him to read the name and proudly announces: "It's Thursday. I always drink this one on Thursdays."