on the 08th April 2012 at 18:22 - Posted in Ambulance Blog
It was the first Monday back after three weeks of driving. The mood was boisterous, mainly because  university was a welcome relief. We were tired of Bethleham and tired of the monotony of driving. Exciting at times, it could also be, well, a bit boring. It was after the third time I had fallen asleep in three days (as a passenger, promise) that I got â€˜the talkâ€™ from Klippity Klop on taking the course seriously. For some inexplicable reason, in the most unlikely setting of the station car park, in the unlikely dress of my green ambulance service uniform, I felt like a street urchin being cautioned by the factory boss. If I had a cap I wouldâ€™ve doffed it and in my best cockney accent said â€˜sorry guvnâ€™r, it wonâ€™t â€˜appen againâ€™.
Eased in gently we were not. Instead we got Health and People with Learning Difficulties. By now we were accustomed to our lecturer Pater Woolworth, a specialist nurse on mental health and learning difficulties. a little on the scatty side of organised, he sometimes turned up unprepared and, er delayed, but his lecturers were good and his style engaging so we saw beyond his little idiosyncrasies. 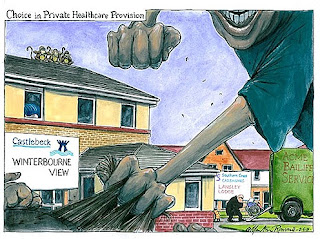 â€˜This was taken by an undercover reporter at a community mental hospital called Winterbourne View in the South Westâ€™. Pater played a clip on the projector and everyone fell silent. There were scenes of adults with learning difficulties being harassed by their carers. Slaps, punches, violent take downs were directed at the inmates, who didnâ€™t know the difference between a game and an assault. To them it was a mean game. To us it was a criminal breach of trust. Around the room peopleâ€™s faces darkened, wide eyes glistened ever so slightly. It was as if a thick blanket had been laid on top of the group, stifling the care-free attitudes we had walked in with.
â€˜Iâ€™ll stop it there, because I donâ€™t just want to show clips of people being beaten upâ€™. I think it was too late for that, but the point had been made. â€˜I should also stress that not every care home will be like this â€“ this is the exception. Thereâ€™s no need to be super suspicious about every home you come across.â€™ The lesson wore on and we discussed provision of care for vulnerable adults. In very broad brush strokes, here are some figures from the Department of Health and the NHS:
Out of a population of 250,000 peopleâ€¦
340 children receive special or supported education
20 adults in NHS care
200 adults in residential care in around 30 registered homes
120 adults supported in their own accommodation
360 adults in other households, many with parents
240 Whole Time Equivalent places in day services, in work, work preparation, further education
Woolworth added that not all these people would be known to social services.
I would walk out of the room a different person â€“ not drastically different in the big scheme of things, but changed. With every lesson we learned a little more about the world we would be treating. From this lesson we learned it could be cruel â€“ very cruel. There are many reasons why abuse occurs in this kind of environment. It would be too easy to lay all the blame on the individuals carrying out the abuse. The responsibility, however, is shared by a number of organisations: the care quality commission, who visited the home previously and found no problems; Castlebeck, the owners of the home. It also shows what happens when a few bored, under-skilled people gain power over a vulnerable group. We too will have power of patients, more acute but shorter in duration. 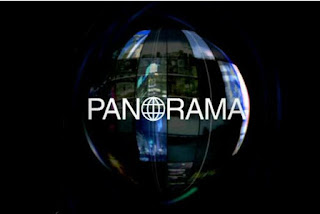 I raced home after the lecture, the 57 minutes left of the Panorama programme holding some kind of power over me. I watched the whole thing from start to finish, wide-eyed and open-mouthed. Tension built and built throughout the programme, dragging the viewer by the scruff of the neck to a protracted scene of torture on one particular inmate. Thrown in a cold shower then dragged out into the cold, a shivering wretch, snarling wolves baiting her, had she learned her lesson yet? No? Well she jolly well wasnâ€™t going in until she had.

The reaction of the victimsâ€™ parents are shown, which feels like getting hit in the stomach by a cricket bat. I was moved to tears. I sobbed like I hadnâ€™t sobbed for oh, at least a few weeks. I didnâ€™t know who I felt sorrier for: myself or the victims on the programme. The latter of course, but I was an emotional wreck. Break open the flaminâ€™ violin and cry me a river you must be thinking. Just watch it and see...