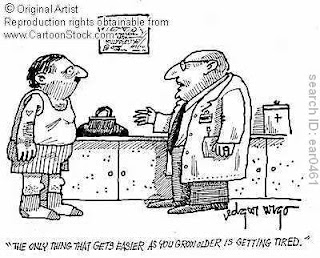 Despite it being late in the day, cohort 09/11 was wired. There were enthusiastic greetings all round, as if the extra ten hours spent apart had been ten weeks. We had known about this aspect of the driving course from the very beginning, when Geoffrey Hot-Eyre gave us our introductory speech. In my mind it had assumed an importance beyond that of a drive in the absence of light, which, when it comes do it, is what it is. In my mind it was less an aspect of our training than an initiation, a ritual removed from its purpose which was to improve our driving.
If anyone from the outside had walked into Bethleham on the eve of our night drive they couldâ€™ve been excused for mistaking it for a lunatic asylum. Students were flicking through traffic signs, feverishly reciting their full and correct meaning like some Highway Agency issued mantra. It was with impressive alacrity that Kermit and others were reeling off sign after sign in preparation for the test at 1800. At our desks, Klippity Klop issued our papers. â€˜Had enough sleep?â€™ he asked with a cheeky grin. He was referring to the fact that I had fallen asleep at the back of the truck the last two days in a row â€“ out of choice, I hasten to add. He knew, despite the fact that he had been absent for both those days. These paramedic lecturers really do know our every movementâ€¦
We blew through 60 road signs in short time. They were marked by a collection of DIs, who had assembled in a small circle to discuss contentiously worded answers. We could see them through the glass as we went upstairs to perform our VDIs (vehicle daily inspections), which were becoming slick. Back downstairs we received our marks, and they were good, impressively so. Everyone passed, several with 100%. Kazoo was the first to receive the clean sweep and we all clapped, but by the third and fourth person the novelty had worn off.
Klippity briefed us on what we could expect. â€˜Youâ€™ve got to be on your game tonight. I donâ€™t want anyone falling asleep tonight. If I hear of anyone falling asleep, I wonâ€™t be impressed. So the objectives of the night drive are to stay awake, recognise the signs of fatig-you [a class joke] and demonstrate advanced driving skills at nightâ€™. 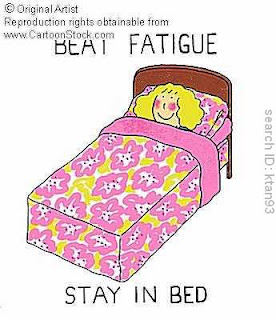 We broke into our groups, and I volunteered to go first. No sooner had we left the petrol garage did I miss the turning thanks to a potent mixture of absent mindedness and Cruella Lipbalmâ€™s torturous cackle. Dr Strangelove, back from the simple Pneumothorax that he had suffered from last week, and was busy entertaining the truckâ€™s occupants. â€˜Please donâ€™t annoy meâ€™ sighed in exasperation, staring into the gloom of the night. A good start.

We rattled and shook our way down fast country lanes we had driven exactly a week ago in more luminously sympathetic conditions. I took the same sharp downhill double bend too quickly. Klippityâ€™s reaction was exactly the same: â€˜brake brake more brakes MORE BRAKES!â€™ He said, reaching the armrest and bracing in anticipation. I steered it round having taken the edge off the speed: he was over-reacting. I think. After forty minutes we stopped off for a debrief and a driver change. Where I had been getting fours the previous few days, the boxes were now filled with twos. â€˜Why is it?â€™ Klippity asked frankly. I came up with a number of excuses. Cornering: â€˜noâ€™; anticipation: â€˜noâ€™; implementation of the system of care control: â€˜noâ€™. I had run out of ideas. â€˜Itâ€™s because itâ€™s dark, you canâ€™t see a thing, and youâ€™re tired. When weâ€™re tired we make mistakes. Itâ€™s happened to all of us. Iâ€™ve been to calls where the bellâ€™s rang at the station, and I havenâ€™t woken up until arriving on scene. I couldnâ€™t remember a thing about the journey Iâ€™d just made, on blue lights and noise as well. Iâ€™ve been to jobs whilst on night shift where the patientâ€™s asked me if I want to sit down, Iâ€™ve looked more unwell than them. You feel tired, itâ€™s just a matter of recognising that and taking the appropriate actionâ€™, whatever that meansâ€¦