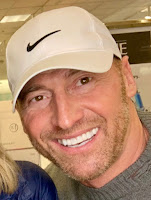 Because or your flagrant words against some of the hardest-working members of our medical community, we have united to stand against you and rally for our "card-playing" nurses.

Like most of my medical family, I was astounded and frustrated at the belittling ignorance of Senator Walsh's recent comments about the amazing nurses throughout our great country. Senator Walsh's comments were felt not only by our hard-working nurses, who give a piece of their heart and soul with each and every shift, but also by the rest of our diverse medical community. Senator Walsh's comments were arrows directed at the hearts of our nurses. Yet,  those very arrows also hit the hearts of each of us who work beside them.

We all bled at Senator Walsh's blatant disrespectful and asinine words. Being health providers, though, we did what we do best--we stopped the bleeding. We strengthened the bonds of our medical family. We rallied to our nurses' sides. We hugged our nurses, we spoke words of inspiration to our nurses, and we reminded each one that their uniqueness and intelligence and hardwork could never be diminished by the throwaway and ridiculous words of one person.

Yes, Senator Walsh, you are that one person. Your words have no power to change our nurse's inherent strengths of empathy, of compassion, and of love for the patients they are privileged to treat. Your words will be your legacy. Your words have defined you. No one in the medical field will ever hear your name spoken or printed without being reminded of your lack of intelligence, of your lack of finesse, of your lack of respect, and of your lack of understanding of one of the most professionally and personally demanding jobs in our society. We rose above your words by reminding these very nurses of just how amazing they are. You strengthened us by your ignorant words.

For uniting us and strengthening our professional bonds, we should thank Senator Walsh.

Clearly, it is obvious that Senator Walsh has no idea what demands are placed on our nurses. Due to their staggering reality of dealing with many life and death situations during each shift, we should all rejoice to witness a nurse having a few minutes of respite from these pressures--whether it be on her phone calling her children, hugging a fellow nurse, sitting down to eat a bite or two of food, or smiling and laughing with a coworker. These rare minutes of escapism for our nurses are necessary to keep moving forward during a shift that sometimes wants to pull them under.

Below, I offer several sobering examples and questions to Senator Walsh to see just how much she truly understands the demands of a nurse's job.

Senator Walsh, have you...

...ever said a silent prayer over a 17 y.o. teenager  who didn't survive a car accident?
...ever held the hand of a 38 y.o. woman, a mother of three young children, while the doctor told her she has ovarian cancer that has spread to her liver, lymph nodes, and brain?
...ever hugged a dementia patient ten times because she didn't remember the first nine?
...ever hugged a man's four adult children and his wife just minutes after he was pronounced dead?

...ever given a patient eight units of blood to try to save her from a ruptured aortic aneurysm?
...ever been called a "f...ing bitch" by a drug-seeker?
...ever been swung at or kicked by a patient who used bath salts just 30 minutes earlier?
...ever treated a patient with a heart attack, a patient with severe COPD, a frightened college girl with an STD, and a family of four with cold symptoms--all at the same time?

...ever treated a rape victim?
...ever had beads of sweat on your forehead from performing CPR on a child? on a 50 y.o man?
...ever given an extra pillow and sandwich to a patient who doesn't thank you but rather complains that they don't like ham sandwiches?
...ever had to stand between a woman and man who are arguing over a pregnancy test?

...ever gone to a funeral of a person you only knew for two hours?
...ever held your urine three hours past the point of comfort?
...ever sobbed while holding a deceased SIDS baby in a rocking chair while the baby's mother held the living twin in another?
...ever missed every other holiday with your family to spend it with people who aren't?

...ever been handed a colored drawing by a child on chemotherapy who won't survive the year?
...ever eaten only three stale donuts in a day for your meals?
...ever been verbally abused or insulted by a patient who zooms in on your worst insecurities?
...ever seen a 6-month old being fed a bottle filled with Coke?

...ever fought a flood of emotions because your patient has the same eyes as your deceased mother?
...ever hold pressure on a pumping wrist artery of a patient who tried to kill himself?
...ever had to work four hours longer than expected, knowing your kids are at home needing dinner and help with their homework?
...ever felt isolated and alone because you can't express the words or release the tears in response to the daily pressures of your job?

Senator Walsh...have you ever been villianized and insulted by someone in the public eye who truly has no understanding of the pressures and heroics of your job and accuses you of spending most of your time "playing cards?"

Senator Walsh's answer, I would assume, to most of these questions above would be a resounding "NO."

The answer to most of these questions above, when asked to a majority of our country's great nurses, would be a resounding "YES!" And trust me, those few questions above don't even begin to explore and explain the depths of demands placed on our nursing staff.

Further, there is not one nurse--I repeat, not one nurse--in our country who will ever be able to answer "No" to the question of being insulted by someone in the public eye. I'm sure public insults have been issued before, but not in such an inflammatory and dismissive way as the manner in which Senator Walsh has chosen.

I find it pretty incredible to think that one's person's ignorant words and comments have fueled our great medical community to come together to support our nurses. I, for one, could not be happier for the outpouring of support, of love, and of appreciation that has been given to our nurses in light of Senator Walsh's words. I would not be able to stand here today as a competent and content physician had it not been for my "medical sisters" and "medical brothers," those nurses who have taught me, supported me, and stood by me through the very best and the very worst of what our jobs in the Emergency Department provide us.

As always, big thanks for reading. Our nurses are some of the most amazing people I have, or will, ever meet. The demands of their jobs are relentless and unending. The outpouring of support for them has been well-deserved and long overdue. To work side-by-side with them has been my privilege...

Feel free to share and repost! Until next time...Jim