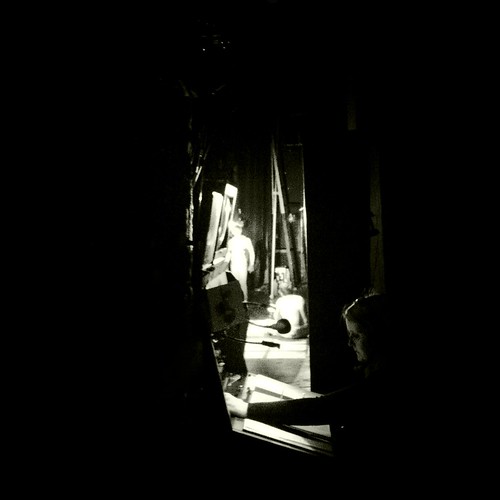 A touring theatre company asked for a paramedic in the wings for each performance, one of their actors was to be suspended by his ankles for some time and they were nervous the top of his head would blow off.

Each night, after shift end, the day shift team leader would make their way to the theatre and stand in the back stage for an hour, listening to tech cues and watching the scene we were required for.

By the time I caught the whole show as a punter I could mouth along with the actors in our bit.

Movies Posted on 09th September 2011
Places I HaveBeen Posted on 28th June 2013
British Ads Capture the Often Brutal Horrors of Police Work â€˜Itâ€™s what we doâ€™ Posted on 27th March 2014
Bravo Bravo Mr Paul McKeever Posted on 16th May 2012
The Story So Far (Or, how to keep the bank manager in suspense) Posted on 10th January 2013
Yes, hundreds upon hundreds of websites CAN all be wrong Posted on 02nd January 2013
Armistice Day 1918 - by an American Soldier. Posted on 11th November 2018
Anthropophagi Posted on 16th February 2016
The Cellar House of Pervyse - Chapter 7 - A Hideous Nights Drive Posted on 05th November 2018
With the English Hospital at Furnes, December 1914 Posted on 09th October 2013