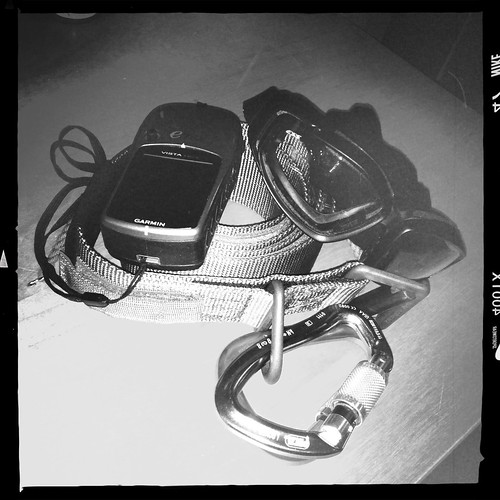 Before I first went out to the desert, three years ago, I met a friend of a friend at a party; turned out he had experience flying Search and Rescue with the Navy and so I quizzed him.

“Is there anything I need to know?”

He taught me to stop thinking of the aircraft and the blades as the same thing, to consider the rotor disc as “a dinner plate balancing on a stick” and then, when I told him I was flying as a medic, he chuckled.

“You need to know that, for all intents and purposes, you’re a passenger. You don’t really need to know much, just concentrate on the patient.”

So for three DCs I’ve diligently sat in the back of the aircraft, doing as I’m told, concentrating on the patient. I’ve always eyed up the SAR Crewman’s role, watching them liasing between the pilot and Rally Control, marvelling at their ability to keep a handle on the entire scene, making management decisions on the fly depending on the torrent of information that flows through them from pilot, medical crew, patients and Control.

My invite to join the SAR side of operations arrived in a typically perfunctory DC style, sent to me and Booker, another medic on the team.

“Chaps…unexpected injury on the team. Need SAR crew. You in?”

I gulped hard, recognising that I was about to embark on something that I knew precisely *fuck all* about.

But in the same breath, recognising that this was an opportunity to step up, to learn some new skills, to take on another role and further responsibility.

And then, because I’m gadget boy and like to know I have the tools for the job…

I read GPS reviews, realising that I needed top of the range consumer, or bottom of the range professional gear. My chosen model was ideal, but for the fact that I couldn’t afford to spend Â£250 on it. Finding it online for Â£120 was great news (thankyou Amazon!)

Dismayed to find it came with no map data installed, I hooked it up to the satellites outside my flat and was no more encouraged by it’s navigational intricacies. How to tell where you are and where you’re going, without the curves of OS maps without street names and churches with spires?

My heart hit my boots, how would I ever be able to get around with this thing?

I loaded the waypoint data that Gus had emailed to me and looked at the screen again.

Still no maps, as such, but dozens of waypoints; , hospitals, campsites, airports, rally check points and an ominous “no fly zone” ringed in red.

Looking at the waypoints plotting across an image of otherwise empty terrain I suddenly understood why the maps wouldn’t be important for this work. The desert is such a blank canvas you don’t NEED maps. You just need to be able to navigate to a set of coordinates. And trust that the apparently arbitrary string of numbers you’re sent will translate to a quad rider with a broken leg.

I always carry a rescue knife at work, so that caused me no issue, Booker had kindly offered me a spare pair of goggles. I had only to grab a riggers belt and carabiners.

Now, it turns out that the phrase “riggers belt” can mean two things. It can mean a carpenters belt with pockets and hammer loops for carrying nails, or it can mean what I was sent to purchase, a thick woven nylon belt that slides around your waist, then locks back on itself with a metal D-ring attached.

They’re used for clipping oneself to the floor of the aircraft before you open a door in flight, avoiding the whole “it’s not the fall that kills you, but the sudden stop…” rigmarole if you should suddenly find your

When you pull the d-ring away from your body the buckle bites harder and harder onto itself, effectively the faster you fall the safer you are. Which is great news…if you’re a bit of a fat lad.

The model that Gus had pointed me towards came in at around Â£50, which is frankly more than I would normally spend on a pair of trousers, let alone a belt.

I was shopping around for a better deal when I had a flash on inspiration.

“You’re buying a piece of kit to stop you from falling to your highly probable demise. Like a crash helmet, it needs to do what it’s designed for. Once.”

I figured if I was sliding across the heli floor towards an open door at Oh-Shit-Hundred-Feet and you said to me “If you pay another tenner? You won’t die.”

This was not a time to be bargain hunting, I went for Gus’ recommendation.