Wayne, Lilli and I fly out to our first check point. Set down in the sand we run her through the aircraft, how the emergency exits work, the brace position and where to put your lunch so that the tuna in your sandwiches doesn’t ferment (answer: somewhere not in the desert).

We share some stories, familiarise ourselves with the layout of the bag and agree a plan of action if we get a tasking.

And then we all sit down.

Emergency staff have an innate skill that is rarely recognised. It’s the ability to sit and wait. It’s what we do, mostly. Just sit about and wait for something to go wrong for someone else. I honed my waiting skills in the British Red Cross, making sure at every moment that I had *something* to be doing while the horizons were clear.

That might be study, or reading, or sleeping, or practicing, or writing.

But I’ve always got something.

Wayne’s background is military and security. He’s better at sitting doing fuck all than I am.

Lilli is a foundation doctor.

We stop her, clip her wings and sit her in the aircraft cabin, where her brains start to short circuit.

“Come ON!” she enthuses, glaring at the mobile phone that lies on the floor between us all.

Wayne and I grin at each other.

The phone sits, silently, glaring back at Lilli.

She hops out of the side door and kicks sand about. Draws patterns with her toes.

Between the three of us, prehospital, hospital and warfare, we come up with some dooseys.

Wayne and I stare at each other, then her.

She pulls the pry bar from the back of the medkit.

“This would work as a bat…”

Crumples up a plastic bag and starts to wrap it in gaffer tape from the side of my pack.”

We all convene, Wayne and I slide our shades down our noses.

Which means, by the way, that the sand temperature will be forty two.

The ground level will be nearly fifty.

You could cook dinner on the helo’s rails.

I have an idea; reaching into the cabin I pull the med kit out and then the spinal board.

But then I have a change of heart and swap the spinal board for the oxygen tank instead.

“Before we play cricket? You have a mission.”

I hand her the response kit.

I scan the horizon, pick a tree a dune or so away, about the distance we’d typically land at from a crash.

“Under the third tree, you see it?”

It’s about a hundred metres away.

“Ok. Go see him, come back and then tell us you want to play beach cricket.”

She looks at the two of us, takes the kit from my hands and takes a half dozen steps.

“Are you fucking with me?”

“Nope. Think of it as environmental familiarisation.”

“In fairness, this terrain’s a lot flatter than normal.”

She grins and strides out into the distance. 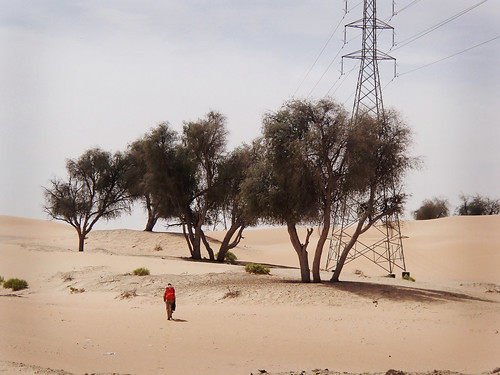 The pilot leans out of the cockpit and glares at the two of us.

“You guys are assholes.”

Five minutes later Lilli is back, her boots full of sand from every step sinking into the ground as she walks.

She dumps the kit into the heli.

She grabs a canteen of water from the cabin, swallows deeply.