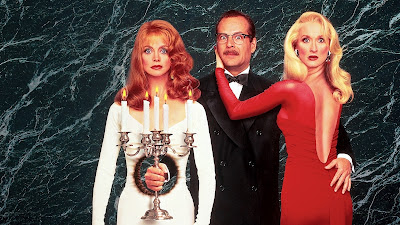 Remember me banging on about presumption?! Well, this is the kind of job where the jilted cynic in me says that it will be a load of tosh. Itâ€™s where I decide or suspect before we arrive on scene that alcohol will be involved. The fact that the call was made by a passer-by immediately makes me suspect they havenâ€™t checked the patient and instead call 999 and walked off. This job would be a simple walk-on, walk-off kind off job. Letâ€™s be honest, iâ€™m usually right! Maybe repeated success can lead to complacency, I donâ€™t know. As bad a habit as it is, doing the job we do and seeing the stuff we do I think itâ€™s impossible not to pre-judge based on information given. Peopleâ€™s behavior and thought processes are based on experiences. Thatâ€™s what makes us who we are. All I can say in my defense, is despite any pre-assumptions that I have made I approach every job in the same way. I still take all the bags with me and until my suspicions are confirmed I remain open to any outcome. This is why!
Having raced through the busy streets, jumping red rights, driving on the wrong side of the road and under taking down a bus lane we pulled up on scene 7 minutes and 52 seconds after the call begun. The clock is stopped, everyone take a bow, this job is a resounding success. Lying on the pavement about 6 feet from us was our patient. She was conscious and surrounded by 5 or 6 people; the same 5-6 people who had frantically waved en masse as we pulled into the road! Iâ€™ve mentioned before that people who are really ill, look ill and people who think they are really ill but are not, donâ€™t! Well, despite my previous presumptions I was wrong. She was sober, well dressed and looked like crap. The world of medical diagnosis is all about best guess. Based on how she looked, by best guess was that this was a cardiac problem. I took some basic obs off her and to my surprise everything was normal; her pulse, blood sugar, blood pressure and oxygen saturation we fine. Despite that we got her up, on a chair and inside the truck, out of the glare from the crowd and the rubber-neckers.
The weird thing about this job, was that she wasnâ€™t complaining of anything specific. She kept saying she didnâ€™t feel right but that was about it. No pain, occasional light headedness but nothing that led us to suspect anything we could treat. We did an ECG, that was completely normal. We did a neurological exam, an abdominal and respiratory assessment yet still couldnâ€™t find anything wrong. The only thing that was obvious was she appeared to be getting worse. She was sweating more, appearing more drowsy, talking was becoming more of a problem and she was panicking slightly. We decided to just go, we put in a blue call for a â€™51 year old female, collapse ? causeâ€™ and off we went. It was only a 4 minute drive to hospital. In the end it took a while longer.
After a minute of driving she started going blue. Extremely blue. I watched over a 10-15 second period as her oxygen saturation dropped at alarming speed from 98% to <50%. I put her on full flow oxygen but it didnâ€™t change for the better. I silenced the oxygen alarm on the monitor, only for the respiration alarm to start going off. Her resp rate had dropped from 24 a minute down to 14, then 8, then 4 and the 0. F**K!!
â€œPull over, sheâ€™s gone into respiratory arrest.â€
â€œF**K!â€ 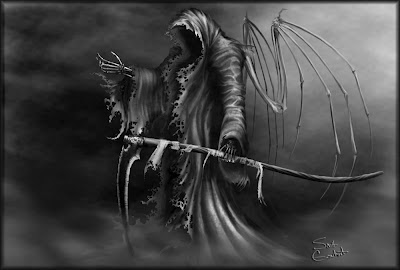 At no point before that did I think that the Angel of Death had been circling above. I grabbed the Bag Valve Mask (BVM) and started bagging her whilst my crewmate got the defib pads attached to her. Within about 20 seconds of the ambulance stopping her heart had also stopped. My crewmate started CPR. An ominous flatline appeared on the screen as we checked for a rhythm. What the hell had we missed?! We had done everything?! I called control and told them to update the hospital that the patient was now in cardiac arrest and we would be there in 3 minutes. We decided that as there was just 2 of us and we were so close, we would just go and give basic life support on route rather than waste time at the roadside delaying definitive treatment. Some crews would act differnetly but these decisions are made in a split moment based on what is in front of you. We felt her best chance would be a crash team at the hospital.
Off we went for the second time, this time with me doing CPR with one hand whilst hanging onto the ceiling bar. As we pulled into hospital the crash team were waiting outside. The back door swung open and to my relief a nurse jumped on to help out. Because she had just gone on us without warning we were not ready for it. When transporting a patient in cardiac arrest, you do so in a way that transferring at the hospital is easier. This patient however, was attached to the main oxygen, the blood pressure cuff, the ECG leads, the CO2 lead, the pulse ox, everything. After basically ripping everything off we got her inside and onto the hospital bed while I gave a pretty vague handover.
â€œThis is a 51 year old lady who collapsed in the street. No memory of the event. Denied any pain, complaint of slight light headedness. On arrival she was sweating and pale but all her observations were normal. She was FAST negative, her ECG showed a normal sinus rhythm and there was nothing untoward on a neuro exam. Same with resp and abdo. No recent travel or surgeries, no allergies, normally fit and well, doesnâ€™t take any regualr medication. On route she became heavily cyanosed and rapidly desaturated. Within 30 seconds she was in respiratory arrest and about 30 seconds after that went into cardiac arrest. She has been in asystole (flatline) throughout. She has been down now for 5 minutes give or take.â€ 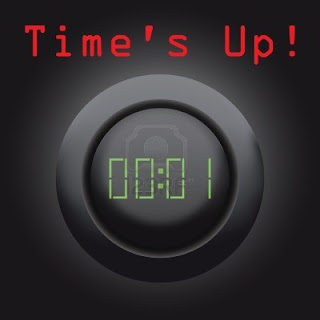 We left the department scratching our heads as to what had just happened. I suppose thatâ€™s healthcare right there. Whether you are a paramedic, a nurse, a health care assistant, a doctor or porter, at some point in your career someone will die whilst in your care. It isnâ€™t nice and isnâ€™t something that sits well with me but itâ€™s true. I have gone over this job from start to finish over and over and over and over again. As has my crewmate. She should not have just died like that. How can someone who is fit and well, and relatively young just die without any obvious cause. I think that is what troubles me still. What did we miss?! It is hard feeling to describe watching someone die. I watched the life drain from her as death took over and I was absolutely powerless to stop it. Itâ€™s one thing to die at home alone but when inside an ambulance surrounded by medical professionals? I hate to think what was going through her mind. She must have known. I remember her eyes fixing on me, gripped with fear. I can only imagine what my face looked like.
Normally iâ€™m very blasÃ© about death. I'm very much a â€˜when itâ€™s your time, it your timeâ€™ kind of person but itâ€™s a very different dynamic when you arrive on scene to someone who has already died or is dying. Be it old age, a stoke, a heart attack, a fall from height or an RTC you can distance yourself from it and follow your cardiac arrest rule book. When it happens unexpectedly in front of you there are no coping mechanisms in place to rationalise it. Problem is, I couldnâ€™t dwell on it, I had to get to a 27 year old with a 4 day history of lower back pain to rush off to....