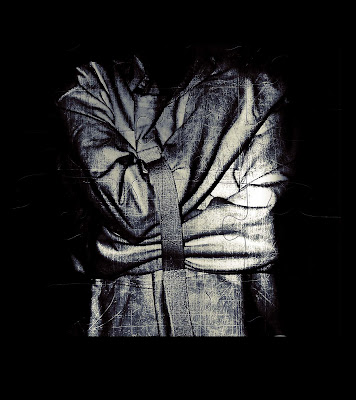 Sectionings are rarely as straightforward as they may initially appear. For starters, rarely are the team of people required actually there and more often than not, we are left waiting hours for people to arrive. Now factor in the fact that by its very nature, a sectioning is removing someones liberty and in this case, removing from their home address. It is of little surprise that most of these patients don't want to go to hospital, let alone go quietly. This is where the police are normally brought in. In fact, realistically, they are brought in when the word 'mental' is used in conjunction with an ambulance. but I'll get back to that.
In a break from the norm, when we pulled up on scene to find that we were in fact last to the party. The approved mental health professional (AMHP) was there with the police and all the paperwork, signed by two doctors required to make a Section 2 legal was there, I's dotted and T's crossed. The police were there as the patient was being aggressive. The patient was suffering from severe post natal depression, and had been for a perhaps 4 or 5 months since her last baby was born. She had become more and more detached from her family, her moods were changing, she wasn't eating, washing and seemed totally unable to look after herself. When she started being incontinent and being seemingly apathetic about it her husband called in help. The GP (who didn't visit initially) arranged for her to be assessed by the AMHP who wanted her admitted to the mental health ward. The patient refused. The two GPs visited, agreed, left, and here we are.
We entered the house and were led through to the patient. She had an extremely vacant look in her eyes, her lips were pursed and she was acting in a bizarre, almost manic fashion. When she spoke she sounded drunk, but we were assured she doesn't drink. As is required, we checked her over and a few things just didn't seem right. He short term memory seemed to be poor, she was complaining of a headache and her skin was red hot to touch. She didn't have a temperature but I had that feeling that anyone who has worked on an ambulance has had. Something just isn't right.
"I think she needs to go to A & E."
"No. She's going to the mental health unit for treatment. It's been arranged. You are here for transport." the AMHP snapped.
"And I think she would benefit from an assessment at A & E first."
"No." 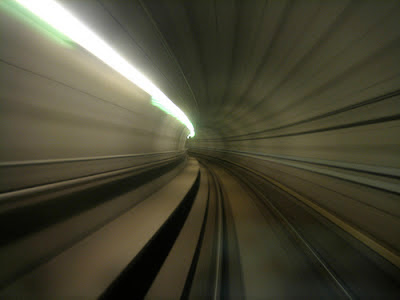 Well that told me I'm only an 'ambulance driver' after all. The transport. I shared a look with the two police officers there, which as far as I was concerned gave me carte blanche to do what I wanted! Police and ambulance work together so frequently you just know that they will do anything we say and we would do anything they say. If I say A & E, they will support me! Without any fuss we got her onto the ambulance. She certainly had a decreased Glasgow Coma Score(GCS - a scale used to measure a patients levels of consciousness. A GCS 15 is normal. A GCS of 3 is completely unconscious) and after a quick examination it was clear she was dehydrated. Her blood pressure was also low. The AMHP was still outside the ambulance on the phone, still under the impression we were off to the mental health unit.
"Pass me the cannula roll will you?!"
"Ha, he's gonna kill you!" (by cannulating and giving treatment she then HAS to go to A & E!)
"He'll need to get over it, she needs fluids and needs to be in A & E, this isn't PND, something is up."
"I agree!"
The police watched on as we cannulated and drew up fluids.
"A & E then?! Do you want to break the news to him or shall we?!"
Because in a sick way I enjoy some confrontation I offered to break the news and unsurprisingly he was livid! He bleated on about all his wasted time and efforts at which point I interrupted himâ€¦.
"Surely, what you want, like us and like the police is what is best for the patient?"
*mutter mutter, AMHP goes to his car, head shaking and tutting all the way* 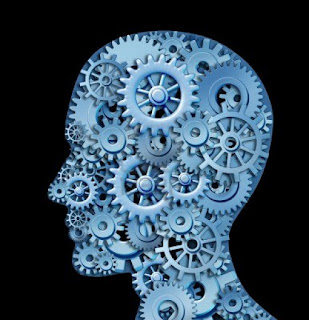 By the time we left, we were that concerned by the patients rapid deterioration that we put in a blue call to the nearest hospital. On arrival I gave a handover to the doctor who promptly bleeped neuro to come and have a look.
To cut a long story short, this was one of the rare occasions that we found out an outcome. A few days later I was told that the patient had a scan shortly after arrival and was diagnosed with an extremely rare and serious brain tumour. She was transferred to a specialist hospital and had surgery that night. The long term prognosis isn't that great. The problem was, as has happened to me before, it is so easy to get tunnel vision on a medical diagnosis that once set upon a treatment path, it is hard to stop it. In this case the fact she had just had a baby, and had had PND in the past it was assumed it was the same again. The early symptoms fitted with that diagnosis and so did the latter ones. Perhaps when the doctors visited she wasn't as bad as she was with us. Needless to say, there could have been a very different outcome.
Mental Health. Yet again it rears its ugly head again. The elephant in the room of health care and policing if you will. We all know it's there, we all know it's not dealt with properly yet everyone, until recently, has just hoped it will go away! If we bury our head in the sand, perhaps when we re-emerge and one of the other agencies will have dealt with it. Nope! It's still there. In Lord Adebowale's report, published this week, looking into the handling of mental health incidents by the Metropolitan Police, it highlighted a number of key areas for improvement. Most notably to me was the fact that far too many patients were being transported to either police stations or other places of safety without proper medical examination. 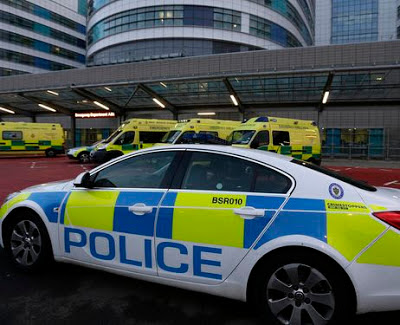 This shows why 999 services have to be careful about the risks they can be managing and think for themselves. Lord Adebowale sees a greater role for the ambulance service in responding to mental health emergencies irrespective of whether the police are in attendance. I think this should apply even if mental health services are in attendance, because I know from experience that basic physical health examinations are not as common as they should be.
Parity of esteem is mentioned in the report for physical and mental health - delivery on this is going to have to include not being too quick to assume things about patients with mental health histories to the neglect of their physical health.
For further reading on the content in Lord Adebowale's report I recommend two posts by Mental Health Cop.  'The Adebowale Report' and 'My Reaction to Adebowale' both give a great insight into the reports contents and its impact and recommendations on police and the NHS.