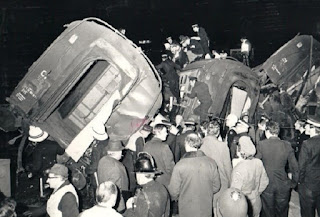 On Dec. 19, 1973, an express train traveling at 70 mph derailed at Ealing in West London, killing 10 people and injuring almost 100 more. Investigators determined the accident was caused by an open door on the locomotive's battery box.