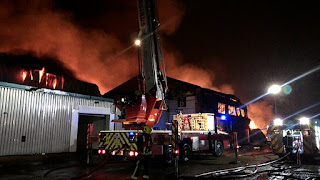 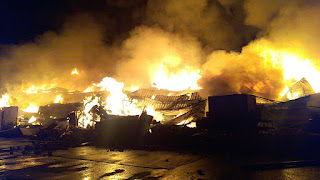 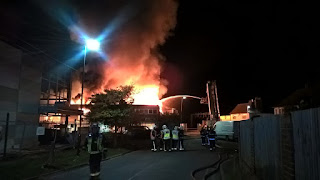 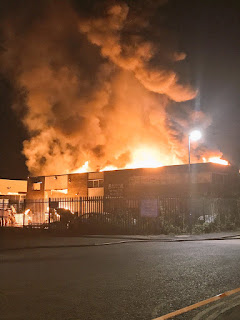 Photos: LFB Twitter
On Sept. 14, 2017, fire destroyed a warehouse at Chantry Place, Harrow. Propane cylinders were involved. Traffic was stopped as a precaution at the nearby Headstone Lane train station. Eight engines responded to the fire.