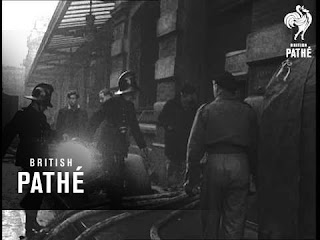 On Dec. 21, 1949, fire broke out in stacks of Christmas trees stored the catacombs beneath London's Covent Garden Flower Market and burned for 24 hours.


A fireman died; many others were injured, according to press reports.

More than 1 million gallons of water were pumped into the catacombs, some standing as high as five feet.