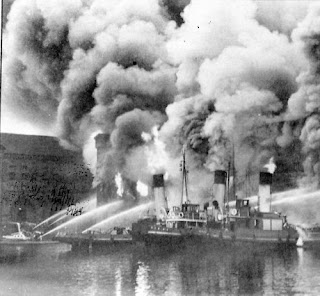 ``The Match Factory fire began in the late afternoon on August 30th, 1954. It showed as a column of black smoke gushing from the north corner of the roof,took hold and continued late into the night gutting the building. On a lighter note it is said that the insurance company when viewing the claims is reported to have said that the girls who worked there must have been the best dressed in the country. ''

- Hartlepool History Then and Now