on the 05th July 2016 at 20:43 - Posted in Fire Blog
On 4 July, everyone who was anyone in international design came to Essen, Germany. In spring, a 41-strong jury had awarded the coveted Red Dot label for good design to the most outstanding products of the year. Now it was time to pay tribute to the winning creations and the people who made them. The Red Dot: Best of the Best winners were ceremoniously presented with their trophies on the imposing stage of the Aalto-Theater. Following the presentations, the 1,800 guests enjoyed an evening of dancing and networking at the Designersâ€™ Night in the Red Dot Design Museum in the midst of award-winning innovations. 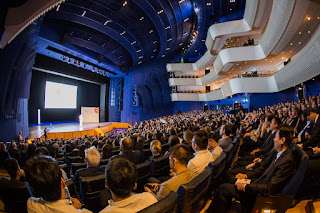 The award winners of the Red Dot: Best of the Best were honoured on 4 July 2016 in the course of the Red Dot Gala, hosted by Professor Dr. Peter Zec in the Aalto-Theater in Essen. The founder and CEO of Red Dot welcomed distinguished guests on stage, among them Red Dot jury member Kristiina Lassus, automotive design legend Ken Okuyama and Transrapid designer Alexander Neumeister. Dressed in a traditional white tuxedo, the Red Dot president also welcomed the Lord Mayor of Essen, Thomas Kufen, on stage, who immediately invited the award-winners â€“ all international top designers and high-ranking company representatives â€“ to the Essen town hall the next day. 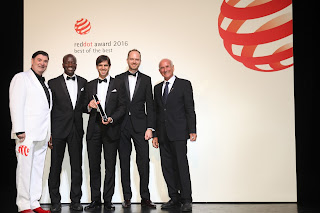 Automist Smartscan by Plumis was awarded in the Product Design Category. The jury said of the fire sprinkler alternative, "An innovative design concept that elevates the principle of fire sprinklers to a new level. The system is defined as an integrated part of the interior and equipped with highly advanced functionality. The topic of fire safety is thus expanded by a pathbreaking novel interpretation. This fire sprinkler system emerged as a design element within a living space, unifying safety with elegance". 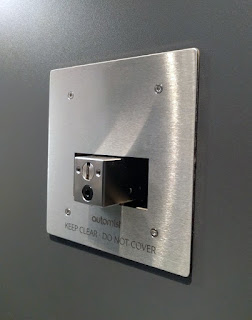 Illustrious guests from 39 countries followed the proceedings on stage as the laureates received their trophies. Tremendous applause went, amongst others, to Flavio Manzoni, chief designer at Ferrari, and Sean Carney, chief designer at Philips. Only 79 products were awarded the greatest single distinction, the Red Dot: Best of the Best. The gala was rounded off with a cultural fringe programme that included an appearance by violinist Beatrix LÃ¶w-Beer and the Aalto Ballett Essen.