Reimagining the Fire Sprinkler for the Connected Smart Home

on the 02nd February 2017 at 13:50 - Posted in Fire Blog There are few concerns for families that top the utter disastrous and devastating consequences that can result from the family home being fire damaged.

Fires not only leave shattered memories of fear and angst inside the very place homeowners should feel safe, but the damage left by fire and the means used to extinguish will last a lifetime.

Material objects can of course be replaced, but itâ€™s rarely the same, is it?

More often than not, the only memories left are those of singed furniture and saturated belongings. Plumis want to change this.

There has been heavy public sector investment in fire awareness education over the years, but it still represents a deadly - and costly - menace to homes and businesses everywhere.

Mandatory legalisation has improved fire sprinkler adoption but traditional sprinklers can be very expensive to retrofit, particularly in areas where water supply is limited.

The vast majority of incidents still occur in the home - prompting Plumis, the award-winning manufacturer of high-tech fire safety devices, to review the technologies that exist to prevent them. Commercial properties throughout the world, are ahead of the fire suppression game and Plumis considered how this level of safety and insurance could be enjoyed by people and their families in every home setting.

In response, Plumis has devised Automist Smartscan. This revolutionary device is already leading the way in how fires, can be addressed more effectively, more efficiently and leaving less damage than was possible before. 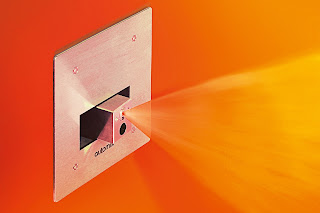 How does the Automist Smartscan work?

Once activated in response to the onset of a growing blaze, its scanning technology seeks out the fire with Automistâ€™s unique pivoting sensor and water-misting nozzle arrangement. Once the source of the fire is established, a powerful and targeted spray of water mist is directed, suppressing it rapidly.

A revolutionary concept in comparison to the too-often-used old-fashioned sprinkler systems which simply 'dump' water sprays into the entire room â€“ which can sometimes cause more damage than the original fire itself.


The key features of the Automist Smartscan

Installed into any setting with ease.

The Automist Smartscan can easily be retrofitted into the home with minimal disruption. And although the system is discreet, it genuinely looks great. The attractive design is likely to catch a homeownerâ€™s eye for all of the right reasons - prompting regular checks and the minimum in safety appliance maintenance.

The Automist Smartscan can be easily housed on most internal walls enabling its water mist jets to be directed straight on to the source of the fire, rather than flowing down indiscriminately from the ceiling.

The design of the spray pattern retains the blinding, toxic smoke within the upper layer of the room to aid and improve the chance of escape for any people inside. Its wall mount position also optimises the trajectory of the targeted water mist, ensuring that the water doesn't evaporate in the smoky hot layer that rises above a fire but instead is focused where it is needed most.

The technology may be smart but the design is just as clever! The fire sensing nozzle head tucks away discreetly into its wall-based housing, and the aesthetic is clean, slick and decidedly modern; designed to please interior-conscious homeowners while allowing for serious fire safety measures. 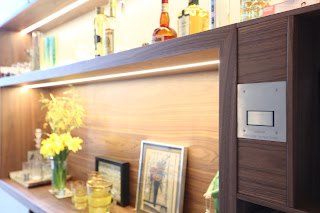 Tested to the highest standards

The Automist Smartscan is tested to some of the highest international domestic standards, so you can be sure that you are trusting your home to a reliable, quality product. Numerous units have been installed in and around the UK.

The device is also future-proofed to be linked up with a domestic smart home devices such as the Nest thermostat. It can even send alerts to the homeowner's smartphone to alert them if a fire occurs or if the system needs critical maintenance. A product like this can prove invaluable in any insurance claim.

The Automist Smartscan is already the go-to fire suppression technology on the market today!

Whether you are a homeowner, landlord, property developer or insurance company, Automist Smartscan is a product that must be considered for your property. In 2016, global technology research and advisory company Technavio identified water mist and smart systems in the residential setting as emerging trends that had the potential to significantly impact the fire suppression market.  It singled out Automist Smartscan as being at the vanguard of that wave.