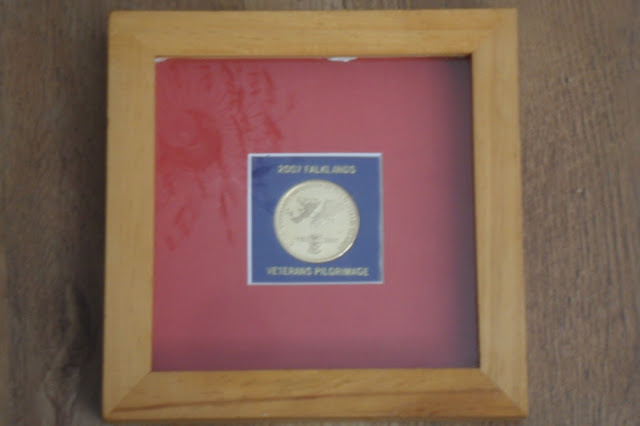 When I went back to the Falklands in 2007 for the 25th anniversary pilgrimage I was given a commemorative coin, I have decided to donate this to my old Regiment 12 Regiment Royal Artillery for its fund raising efforts to help ex Gunners who have fallen on hard times. If anyone is interested in purchasing this coin let me know,there were only a couple of hundred of these coins minted so they should be very sought after, sensible bids only.