Britain was right to sink the Belgrano 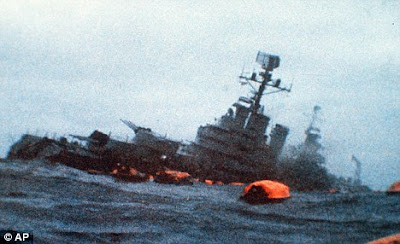 â€˜It was absolutely not a war crime,â€™ said the Belgranoâ€™s captain, Hector Bonzo, in an interview two years before his death in 2009. â€˜It was an act of war, lamentably legal.â€™Since that fateful afternoon on May 2, 1982, the sinking of the Argentinian cruiser Belgrano by the British nuclear-powered submarine Conqueror has been regarded as one of the most controversial events of the Falklands War.Many British critics of the action, which resulted in the deaths of 323 Argentinian sailors, see the sinking as a war crime.These critics, who invariably tend to have their own agenda, and include the former Labour MP Sir Tam Dalyell and the former Ministry of Defence civil servant Clive Ponting, argue that the Belgrano represented no threat, and was actually sailing away from the 200-mile Total Exclusion Zone declared by the British around the Falkland Islands.In their eyes, the action was a disgraceful act of provocation by Prime Minister Margaret Thatcher designed to escalate the conflict.However, it doesnâ€™t quite work that way. The Belgrano was sunk outside the 200-nautical-mile total exclusion zone around the Falklands. Exclusion zones are historically declared for the benefit of neutral vessels; during war, under international law, the heading and location of a belligerent naval vessel has no bearing on its status. In addition, the captain of the Belgrano, HÃ©ctor Bonzo, has testified that the attack was legitimate (as did the Argentine government in 1994).Read more HERE