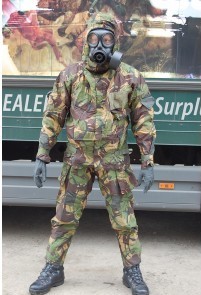 David Cameron loves the phrase â€œChemical weaponsâ€, does it remind you of someone else? Tony Blair maybe. The former Prime Minister and War criminal kept repeating this mantra to scare the British public into believing that a scud missile would land on their heads holding lots of nasty stuff that would wipe us all out. The problem is we donâ€™t learn from our mistakes it seems. Roll the clock back to when the Russians were involved in their own folly in Afghanistan, we and the Americans were on the side of the Rebels, you see when you agree with them you call them rebels, not cold blooded Islamist murderers who have beheaded and even cut out the hearts of Syrian soldiers and eaten their hearts. Those rebels fighting the Russians ended up being called the Taliban, well you know the rest donâ€™t you? itâ€™s a civil War in Syria we and the West have no right to get involved, we didn't like it when Colonel Gaddafi was supplying the IRA with weapons and rightly so. The left wing politician called Cameron whoâ€™s wife is also a Marxist is following another Marxist leader Obama and after sacking thousands of British troops is now become involved in the  Syrian conflict  this terrible politician who has destroyed the conservative party and the Lib Dems (Not that Iâ€™m bothered) is massacring the British army, but so wants his own Blair moment. The analogy I use is call your own street Syria, at one end of the street is a household full of drug dealing gangsters, at the other end is another equally bad family of drug dealers and gangsters, they have been attacking each other and making the street a War zone. How should you respond to the situation? Well, you could leave them to kill each other or you could give them both more weapons and cash, well you can choose which family you think the more blood thirsty. This approach is madness and so is our approach to Syria, the more weapons we give to the murderers, sorry `Rebels` the more Russia and China will give the Assad regime. The truth is a couldn't care less if they wipe each other from the face of the earth, but if I had to choose one side I would choose Assad, because he is fighting extremist Islamic fighters, like the Taliban and Al Queada. Far too much British blood has been spilt in foreign wars. If Cameron wants to get involved then I suggest he gets on a plane and picks up a rifle, something he knows nothing about.