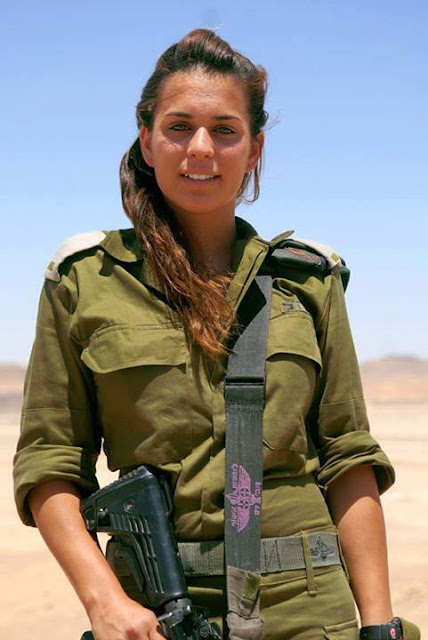 Meet Lt. Shelly Marhevka, an â€Ž#IDF combat intelligence commander who keeps watch over â€Ž#Israelâ€™s southern border. In the event of a terrorist infiltration, Shelly and her soldiers are those responsible for detecting and thwarting an attack. (credit) IDF