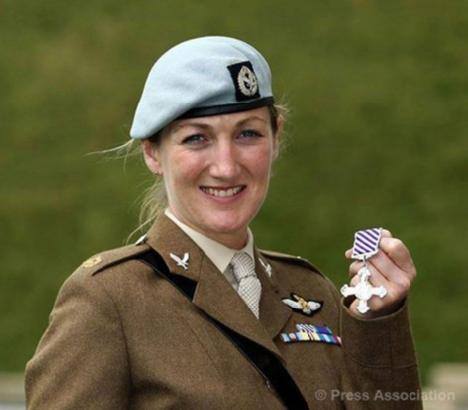 Major Laura Nicholson at Windsor Castle after receiving The Flying Cross from The Queen at Windsor Castle, 17 July 2015. Maj Laura Nicholson has received the Distinguished Flying Cross for twice calmly taking her Chinook into heavy fire to pick up casualties, while Sqn Ldr Charlotte Thompson-Edgar was made Associate of the Royal Red Cross for life-saving work in six tours of Afghanistan