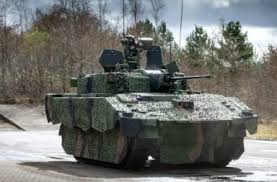 General Dynamics has now opened its new factory in Merthyr Tydfyll - the place where the AJAX will be put together.

The factory will create 250 new jobs for the area, which was thrown into economic turmoil after the closure of coal mines.