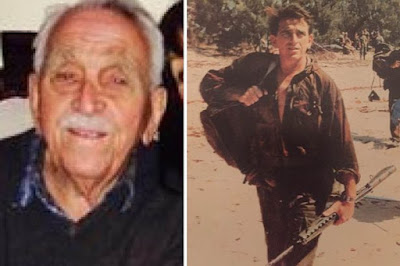 Veterans of elite forces have stepped in with a touching gesture after pensioner was robbed in Failsworth. The Special Boat Service has gone into action after one of its own was mugged by a coward for his precious diving watch. Frank Marchington, 83, who served with the elite group - sister force of the SAS - in the 1950s and 60s, was robbed near his home in Failsworth. The pensioner was attacked from behind by a thug who punched him and stole his wallet and Omega watch worth Â£4,000. But after reading the story of his attack in MEN the SBS Association has mobilised and are having a unique replacement watch made for Frank. A spokesman for the Association said: â€œWe only have 1,500 members, but whether serving or retired, 23 or 83, we look after our own. Read More Here