The Guardian: Gurkhasâ€™ Hindu temple in Lashkar Gah is only one of its kind 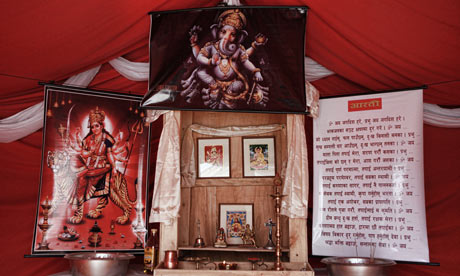 “This is the goddess Durga,” says Lance Corporal Prithvi, gesturing towards the shrine containing a statue of the Hindu deity. “She represents power. At this moment we pray to her because we think she gives us power to defeat evil forces.”

Continues at: guardian.co.uk – Gurkhas’ Hindu temple in Lashkar Gah is only one of its kind

View a gallery of the Gurkhas’ Hindu temple