How much was the pay cut again?

Three police officers, a gas engineer and a paramedic have been seriously injured in a gas explosion at a bungalow in Gateshead.

Emergency services were called to the address after a report of a smell of gas. Whilst they were helping an elderly resident from the premises the building exploded seriously injuring the police officers. The injuries to the officers andÂ engineerÂ were descried as serious after the incident yesterday afternoon.

The officers have had their pay cut and pensions pillaged but will still be expected to put their lives at risk in the service of others when they return to work. 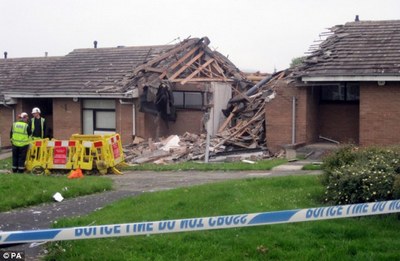