My uncle was in the Isle of Man Police and about 25 years ago I spent some time with him that made me realise I wanted to join too.Â If I honestly reflect on why I wanted to join it was about having an adventure underlined with a purpose â€“ making a difference.Â  I was at Birmingham University and the idea of being paid to catch a burglar felt like an incredible opportunity.Â  Sometimes through our careers that purpose can get lost in the business and politics of policing.Â We can spend time on stuff that we think wonâ€™t benefit anyone and sometimes we look at what goesÂ on and wonder whether anything will change.Â  I am a Temp ACC so I came into this team not entirely sure what ACCâ€™s do.Â  However when I reflect on my PDR objectives they are the reasons why I joined WMP a long time ago: 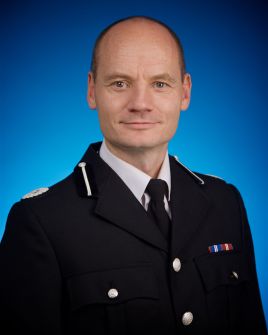 Our detection rates for these need to improve â€“ it is hard, much of TOMV is organised and we have fewer officers.Â  Seeing the work we have done on â€˜chop shopsâ€™ and the focus we have in this area I sense we are starting to make a difference.Â  This is everyoneâ€™s job from Neighbourhood teams to Operations to Intelligence to Investigation.Â  It leads nicely into my next objective:

Since the modern police service and CID was founded this has been the refrain of so many performance conversations.Â  If we could only improve primary investigations.Â  Things have changed though.Â  Although investigators are largely in the same buildings as Response the glue that used to knit them together is weaker and of course Response is smaller, with an increase in demand.Â  Part of the FCID and PPU plans are to make that connection stronger â€“ never to blame but instead to work hard to understand the pressures on both departments and do whatever is possible to get the most evidence quickly.Â  Some of you may know I am interested in having an evidence-based approach (EBA) to how we create policy (EBP is about understanding what really works and what is a waste of time).Â  All the data tells us the best predictor of whether a crime will be solved is the getting to scene quickly and doing a good initial investigation.

Is there anything more important for policing than protecting the vulnerable?Â  We have seen the injustices in other parts of the country where we took a blunt approach to victims (no complaint means no investigation).Â  That has now changed.Â  When vulnerable victims donâ€™t complain we still investigate â€“ we have done some incredible work regarding victims of CSE and one of the latest operations into County Lines impressed on me how far we have come.Â  We took 16-year-old alleged drug dealers into police protection and the person who drove them into the counties to deal was charged with trafficking offences.Â  It is a really sophisticated approach to tackling vulnerability.Â  I shudder when I think about how the police used to treat victims of domestic abuse â€“ that has changed but it is still hard. Think about how we feel about a call for BDH in progress and compare it to our thoughts about a call to domestic abuse in progress.Â  Does one job get more volunteers than the other?Â  Why is that?Â  When I started as an ACC we had six human trafficking investigations, we now have over 200.Â  This is a great success but our capacity to respond is being really challenged.Â  We need to adopt an approach to vulnerability where we take the right approach for the victims in a way that is manageable for the staff we have.

I have more objectives but in an attempt to stick to the rules of blogging I will come to those later.

Looking back, although loads changes over timeÂ the heart of policing remains the same – making a difference.Â  The same is true whatever rank or position we are in.Â  There is a golden thread between the objectives I have now and the ones I was given when I worked on B Unit Response at G1.Â  Bring offenders to justice, serve victims of crime, protect the vulnerable.

Our world has changed so much
Chief Constable’s blog: Policing and Sarah Everard
Chief’s blog: why Connect is critical
Chief Constable Dave Thompson’s blog: “There is a serious societal issue with some young men’s violent behaviour. Too often simple answers are traded on how to address this”
New Year, New hopes. 2021 the Year of Coventry