on the 15th March 2011 at 9:13 - Posted in Police Blog As the immortal words above, allegedly from a battered sergeant of The Light Brigade just after the charge, spring to mind, I've booked another week at our friends appartment on the Cosa del Nostra a couple of weeks hence.

This time I won't check in online, won't book a parking place at the airport, won't book a rental car, won't take out the airline's recommended insurance, won't take any luggage, won't take any Euro's, won't shower, shit or shave, won't use the lavvy on the plane (I'll bring an empty clear plastic bottle - I think they'll allow that on board but as a back-up I'll be wearing incontinence pants), won't buy an `entertainment accessory` (cheapo naff earphones in a sealed plastic bag that, for Â£5, allow you to hear a tinny, scratchy drumming in your head as opposed to the engines and screaming kids) won't pre-book the pre-cooked pre-food in-flight meal, won't pre-book our seats (someone else can pay for the privilege of sitting next to this miserable git) and won't listen to the news about the forthcoming Spanish air traffic control and other public sector strikes planned for Easter and beyond into the summer, just in case they realise I'm going earlier in order to miss them and decide to bring their action forward for the sole purpose of catching me in their net of misery. My back up plan is that we'll dust off the hitherto ne'er do well and rarely used credit card and go to Naples, Florida in May. But knowing our current run of `luck` I expect that just after we unpack our hawaiian shirts, we'll be told that "Hurricane Bastard" is making it's way across the Gulf.
Plan C is that we get out the Harley and fucking ride there. 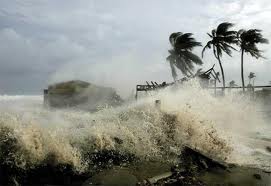