written by Justice and Chaos

on the 04th March 2016 at 13:37 - Posted in Police Blog â€œIf it isn't one target, it's another,â€ explained Paul. â€œSenior managers have told the world that there are no targets, but Sir Bernard now has everybody panicking over attendance times.â€

Paul is a dog handler in my old county police force.

â€œAs a dog handler, my bread-and-butter is burglaries. I go in with my dog, and he sniffs out anybody who shouldn't be there. We're a specialist team, but there are so many burglary calls that we have no shortage of work.â€ 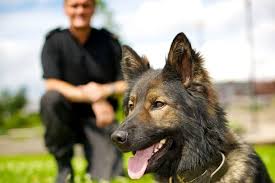 Â â€œBut since Bernard's Local Policing Model started a couple of years ago, the response teams are running on a shoe-string and can't cope with the number of calls. I arrive at a burglary and the control room shows me on-scene.â€

Everything is as it should be up to this point...

â€œBut before I get a chance to go in with the dog, the control room always calls me up â€“ every fucking time. They say 'We've got a domestic just around the corner. Could you just pop in there first, so we can show you on-scene there, and get that call off our screen?'â€ 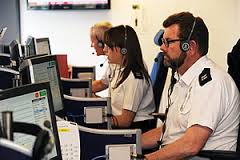 For the control room operators it's all about what's on their screens â€“ the list of calls awaiting attention. They have an ever-growing list of unattended calls, and the moment they can show an officer on-scene at one, it's off their screen. That's their priority.

â€œ'Just square away the domestic as quick as you can, then you can go back to the burglary. Okay?' That's what the control room says to me â€“ as if any domestic involves less than two hours of paperwork...â€ he says.
Â 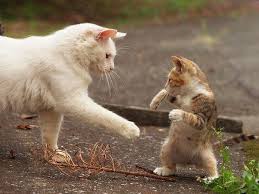 Â â€œHitting the attendance targets are treated as more important than catching burglars. If I do as I'm told, and go to the domestic â€“which is normally pointless, and a mere paperwork exercise â€“ the burglar will escape. But the control room doesn't care about catching burglars. Their only responsibility is clearing their list of unassigned calls.â€

A bit of background: attendance targets are the rules governing the maximum number of minutes officers should take to arrive at a call.

These would both be 'E grades'. Supposedly 'E' means 'Extended', although in reality officers refer to them as 'Eventually,' as in "Your call is of little interest. We'll get to you eventually." The attendance target for E-grades is 48 hours.

These times are sacrosanct under Sir Bernard's Local Policing Model.

â€œWhen I refuse the control room's request, they then say to me, 'Well, tell you what, can we just put you on-scene anyway, to reduce our call list?'â€ 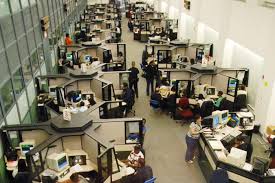 The response teams are so stretched now that traffic cars and armed response vehicles are being used in the same way:

â€œWhen they're not at firearms calls, the ARVs are now staying in their bases instead of patrolling, to avoid being sent to calls about dog muck and lost handbags.â€

I'm reminded of a conversation with a paramedic, who told me:

â€œIf we're not on-scene within twenty minutes we are considered to have missed the target, even if we have saved the person's life.â€