Today I will be mainly drinking... 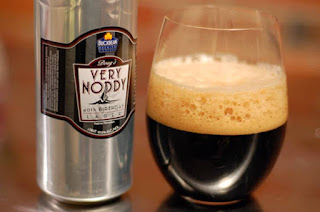 I'm hoping my reader follows me on Bookface.  If they do, they will know I often post a wee selfie of my occasional tipple there with the heading as above.

I'm told folk are amazed by my alcoholism varied choice of refreshment on offer for consideration.

To be fair, I am particularly lucky to live in a country now blessed with numerous craft ale producers.  Perhaps the biggest newbie of them all being the very local BrewDog.  Since well after I started this blog this company has mushroomed to the point that Toy Town™ has no less than 3 outlets.  I've managed to drop in to do a bit of quality control at their Edinburgh Airport outlet and their city outlets in Berlin and Barcelona. Never disappointed.

However, my favourite Scots craft brewery are William Brothers.  From the early days in Tyndrum and heather ale, they now produce a number of stunners.  My personal favourite being the intriguingly named 7 giraffes.

I'm also blessed to be in walking distance of the world's only adult sweetie shop based in a filling station.  If you haven't visited this place in person or virtually you are missing something special.  Did I mention it's not just beer in there.  There's a richt collieshangie of treats in store.

Something that struck me sampling ales has been the prominence, and in my own top five, of beers from across the pond.  In days of yore I had palpitations at the mention of the poor imitation that was Budweiser and other similar tainted water from Coors, Schlitz etc.  Two of my absolute favourites are Death by Coconut, by the Oskar Blues Company (Think Bounty Bar and stout mix - hold that thought.  It really is way better than even that!).  Then there's the incomparable concoction that is the 2018 brew of Dragon's Milk Banana Coconut.  It blows you away with so many notes you feel there is an orchestra playing in your gob.  If I ever get allowed to fly over to the USofA then I am making a beeline straight for Holland in Michigan to sample some, or preferably all, of the flavours in the Dragon's Den.  I'm also somewhat disheartened to hear that the makers of the above pictured tipple are out of business.  Not that I really wanted to go to Reno.

Whilst I am on it, so to speak, can I give an honourable mention to these three non-beer tipples.  Even Tesco sell them.  Lots of ice and a BBQ helps.

Tomorrow I will mainly be hanging a haveover.  Hic.


BTW - Trident renewal is an anachronistic and abhorrent aberration.