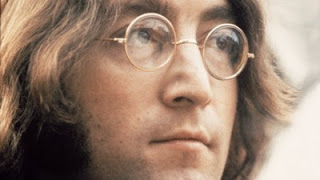 Police in a Brazilian city say they have arrested three John Lennons in the last month - and a fourth landed in the city morgue.

The Beatles were massive in Brazil - with Lennon the most popular - and thousands of women named their sons after him.

The John Lennon crimewave was reported in the city of Belo Horizonte, capital of Minas Gerais state, reports the Brazil Dispatch.

The most recent arrest came when John Lennon Ribeiro Siqueira (19) was arrested for attempting to rob a lottery agency.

Last month, John Lennon Fonseca Ferreira (22) was arrested during an attempted robbery at a home in Belo Horizonte.

Before that, police arrested John Lenon Camargos Gomes (22) who they say committed five homicides in the city.

They believe the suspect, a convicted drug trafficker, was also responsible for two attempted murders.

The body of John Lennon Sebastiao da Silva (18) turned up dead in the back seat of a car parked in Belo Horizonte in January. Police suspect it was a revenge killing.

Not every John Lennon in Brazil turned out bad. John Lennon Silva Santos (22) plays defense for one of Rio de Janeiro's most popular football teams, Botafogo.

Article Courtesy of - Ananova and www.policeoracle.com