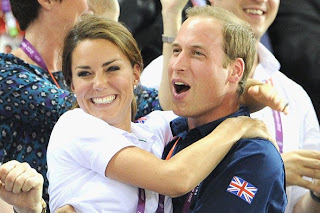 The Duke and Duchess of Cambridge have a son.

Kate gave birth to their baby boy at 4.24pm today at the Lindo Wing of St Mary's Hospital in Paddington.

The news was announced by Kensington Palace in a statement which read:

"Her Royal Highness The Duchess of Cambridge was safely delivered of a son at 4.24pm.

"The Duke of Cambridge was present for the birth.

"The Queen, The Duke of Edinburgh, The Prince of Wales, The Duchess of Cornwall, Prince Harry and members of both families have been informed and are delighted with the news.

Her Royal Highness and her child are both doing well and will remain in hospital overnight."

Ed Perkins, Press Secretary to Prince William, emerged from the Lindo wing a few minutes later with a wry smile on his face and a document in hand.

He passed it through the window of a blue Jaguar car.

That notice giving details about the baby - the third-in-line to the throne after Prince Charles and Prince William - left was taken by car to Buckingham Palace.

It has been signed by the Queen's former gynaecologist Marcus Setchell, who led the medical team that delivered Kate's baby.

The notice was placed on a gold-covered easel in the palace's forecourt, a traditional element of theatre last used 31 years ago for the announcement of William's birth on June 21, 1982.