From Neyroud to Zero

on the 07th April 2011 at 15:24 - Posted in Police Blog
If the Neyroud Report has passed you by, cast your eye over it here.  Peter Neyroud thinks that police officers should qualify via a foundation degree, paid for by themselves whilst serving as Special Constables, before joining the "profession" of constable, which by the way would include an annual fee for the privilege of being allowed to practice.
Word is that David Cameron rather likes this idea, and is pushing for it to be adopted, although right now it's just a rather expensive report concluding that a rather expensive total re-hash of the police is just what we need in these beleaguered times.
I haven't had time to read the recommendations, and probably never will.  I'm too busy trying to resource Blandmore, gee up my team of morale-busted, world-weary PCs, and work out whether I really will be better off next year, as Tom Winsor would have me believe, or worse off, as my A-Level in Maths insists.
Like many other forces, Blandshire Constabulary has decided that now is a good time to totally renovate its structure, and is hanging the changes on the banner of budget cuts, when the truth is they were dreamt up some years ago when a new Chief Constable took over.  In actual fact we had quite a cost-effective structure until Monday, with most of the wastage seemingly originating at HQ.  Now HQ has expanded its bureaucracy, and on area money is being hurled in all directions as superintendents play tug-of-war with the best sergeants, inspectors and panda cars, all wanting them for their own brand new empires.
The only thing reassuring me is that I am not alone.  Officers in West Midlands (above link), Kent, Surrey, Thames Valley, Gadget's force, and quite possibly every other force in the UK that I don't have time to Google, are all talking about the same thing.  Restructures that don't save a penny, performance culture persisting, deckchairs being rearranged, and all the time the squeeze on the front-line continues.
There's a contradiction here with my last post.  There just isn't the appetite to actually cut the things we could do without, and so it lands on the front-line and on the public.
When you look at the Neyroud Report, and you realise it was written by an ex-Chief Constable, who was once a PC, and a sergeant, and an inspector, it makes you wonder: if he doesn't understand the fundamental office of Constable, what hope has the Home Secretary?

NB If you're one of the people sitting at home thinking, maybe it would be better if the police force WAS staffed by professional types, consider whether you'd want to hire a doctor, lawyer or architect to deal with any of the following situations. 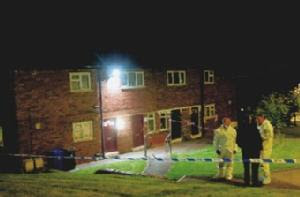 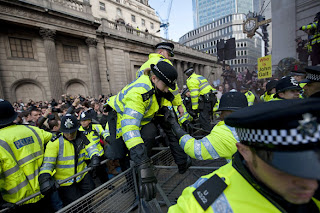 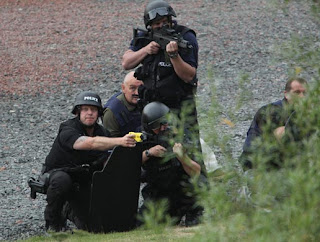