Drink Drive â€“ What Is The Point?

Yesterday I arrived at Custody to start an early turn (0700 – 1600 hrs) in my capacity as a Detention Officer. We have ten prisoners in and three of them were drink drivers. I was sat getting hand over from nights and suddenly said “WHY DO PEOPLE DRINK DRIVE. WHAT IS THE POINT”?Â I hate drink drivers with a passion. They have complete disregard for themselves and worst still other members of the community!

As handover went on I realised that one of the people in custody was on Police Bail to court later this month having been arrested LESS THAN A WEEK before for the SAME offence. The week before she had crashed her car and luckily no one had been hurt. This week she was arrested in the hire car she had been given after the previous arrest!!! WHY DO IT???

Later that day fellow Tweeter @TrueCrimeUK tweeted a link to a powerful anti drink drive video used by colleagues overseas. I will share this video with you shortly. My mind started to wonder and I could not help but recall a tragic incident that I dealt with very early on in my career that involved a drink driver. Without being too detailed it involved his car and a deceased school child on his way home from school. This is possibly the worst incident involving a death that I have ever had to deal with.

Recently I arrested a man who had driven into the rear of a car injuring two children. He blew 141 at the roadside and 146 at the station. Handcuffed and in the rear of my car the abuse I got was shocking. I sat in silence letting my prisoner rant on but had to break my silence when he comes out with “YOU LOT HAVE NOTHING BETTER TO DO. INSTEAD OF LOCKING ME UP WHY DONT YOU GO OUT AND CATCH A KILLER”. Cleaning my ears out and asking myself did I just hear that I politely replied by saying something along the lines of that a man who injures two children when drunk is my idea of catching a killer as they could have died. Long story short I did the file and he is now disqualified AGAIN having been banned for the same offence a few years ago.

There is no excuse for drink driving!!! Alcohol and motor vehicles do NOT mix. I have witnessed people from many different backgrounds and professions be arrested for drink driving and all have their reasons (although none are acceptable) for committing this offence.

The minimum punishment following conviction of this offence is a driving ban and a fine. This itself will have knock on effects such as loss of a job, increased insurance costs when able to drive again and if relevant the hassle of purchasing a new vehicle if the old one was written off in a accident.Â If the circumstances are more serious then you may face prison. 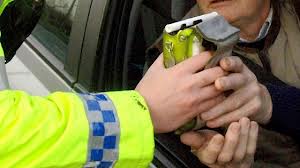 Nationwide the Police will be launching their annual drink drive campaign and I am sad to say that this will lead to an increase in my workload in the custody area. I could spend alot of time here going into how drive drive affects the life of others. I will not do it because each and every driver should know about this.

Drink Driving is real. It can have life changing consequences so if you do drink leave the keys at home or get a taxi home. Still not convinced? Think you know better? Have a look at this video. (Warning – Video contains scenes some may find upsetting)

Hard hitting isn’t it! To find out more about Drink Driving or to see advice with alcohol related issues search drink drive on your search engine.

Thank you for reading and safe driving.