A police force cutting 620 jobs and shutting some of its stations ‘frittered away’ almost Â£500,000 on consultants paid to consider its ‘culture’ and ‘customer journey’.

West Midlands Police’s decision to splash out so much money despite chopping Â£126 million off its budget has been branded ‘astonishing’ by one Birmingham MP.

Labour’s Steve McCabe, who represents Selly Oak and sits on the Commonsâ€™ Home Affairs Select Committee, said: ‘The force is facing the biggest cuts in its history and this year is the worst year of all.

‘This is entirely the wrong time to be frittering away cash on consultants. How is all this money available for consultants when we are losing police officers hand over fist?

‘I am astonished they need to bring in outside people to tell them about their own culture.

‘It would be helpful if the force could provide a succinct briefing of what it is paying consultants to do.

‘The Select Committee took evidence on the issue of consultants at the force and the Chief Constable was not able to explain what they do.’

Details of the spending – a total of Â£485,000 – emerged in a report to the West Midlands Police Authority.

The document, called ‘external expertise to support key programmes, projects and initiatives’ sets out plans to spend the cash after the force conceded it could not do the work in-house. 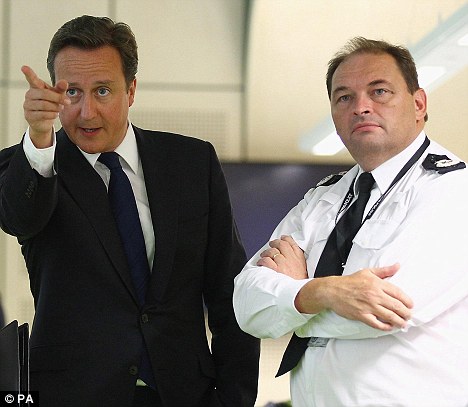 “You see that Cave-Troll over there? That’s you, that is…”

The projected costs include a Â£75,000 budget for a review of customer service and Â£80,000 for finding out more about the ‘customer journey’.

Well…I’m glad I was sitting down… SMT wasting money keeping on their empires running?

Fcuk my old boots… I just don’t believe it!

This is a perfect example of why Police officers at ground level are struggling to find a working panda or a breath test kit.

Why, during the riots, they were struggling to locate working kit, radios that hold a charge for more than 5-hours… Torches that have batteries that work for more than an hour…

He is, of course, no different from my chief (slightly chubbier

) they are all the same…

See what I did there?