LOLâ€¦setting an example to us allâ€¦ 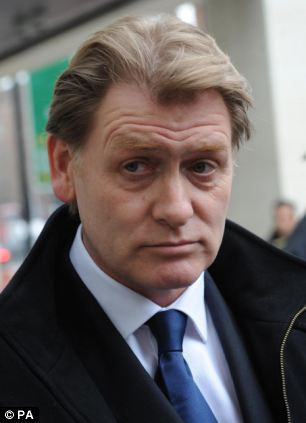 An MP forced out of the Labour party after a drunken brawl in a Commons bar was arrested again last night in similar circumstances.

A dozen police officers were called to a fracas at the Sports and Social bar in the Houses of Parliament last night, where Eric Joyce was at a karaoke night.

The MP for Falkirk, who now serves as an independent, was reportedly wrestled to the ground by officers in front of onlookers and loaded into a police van.

The 52-year-old former soldier was arrested last February over a brawl at the nearby Strangersâ€™ bar in Parliament where he headbutted Tory MP Stuart Andrew.

He pleaded guilty to four counts of common assault and was fined Â£3,000 by magistrates.

Last night onlookers at the Sports and Social said Mr Joyce brought two officers to the ground and knocked anotherâ€™s hat off.

It is believed he arrived at the venue earlier in the evening after drinking in a Westminster pub with one of his staff.

I wonder what would happen if an Police officer had done this? You know…get drunk on police premises, start a fight and get arrested? AGAIN!

What will happen to him I wonder?

I wait with interest…for the usual ‘apology’ for being caught…
Read more: http://www.dailymail.co.uk/news/article-2293616/MP-Eric-Joyce-arrested-following-late-night-altercation-House-Commons-bar.html#ixzz2Nb514Yfn