Nobody is immune from domestic abuseâ€¦ 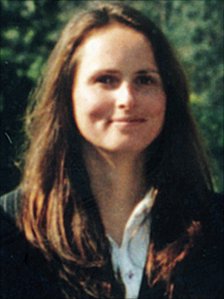 Det Con Heather Cooper
A memorial service is to be held later at Guildford Cathedral for a Surrey police officer who was found dead in woodland in Sussex.

The body of Det Con Heather Cooper, 33, was found in Blackdown Woods near Lurgashall, West Sussex, on 16 October.

Surrey Police said: “In lieu of flowers at the Guildford memorial service, charitable donations can be made.

“The family have chosen two Surrey charities linked to Heather’s work as a police officer.”

Your Sanctuary in Woking, a domestic abuse charity, and Children’s Outreach in Guildford, which helps children affected by abuse will be the beneficiaries of any donations from the service.

The memorial service begins at 10.30 GMT.