After a summer of discontent that saw hundreds of rioters roam the streets of the capital, the Metropolitan Police needed to take action.

And it appears that this imposing 10foot high steel structure is their answer to the problem.

The police cordon was erected at the north end of Whitehall near Trafalgar Square yesterday afternoon in an attempt to stop anti-cuts protesters heading towards Parliament.

Officers were also called in to help out paramedics after thousands of NHS workers went on strike. 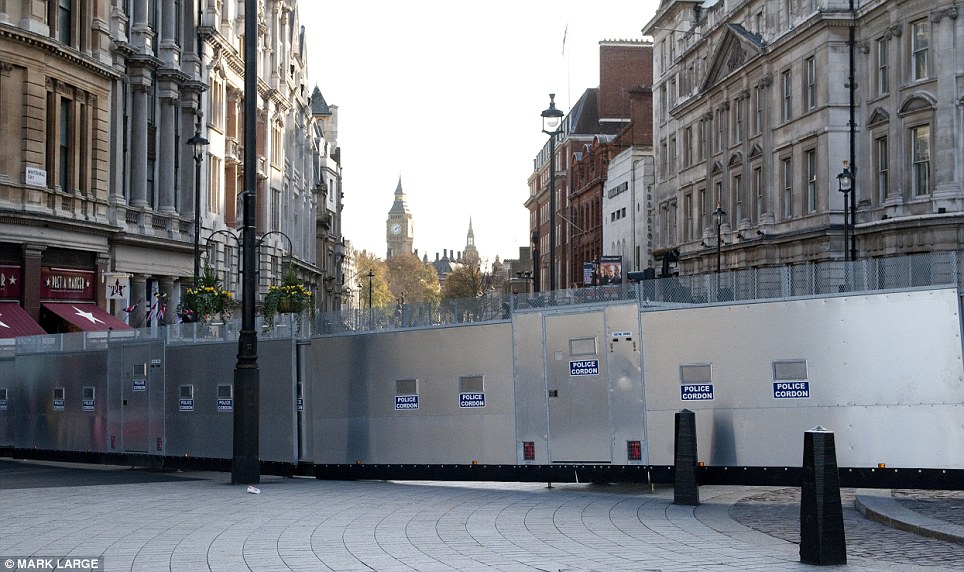 So, when Police do nothing to stop a riot we get this http://www.dailymail.co.uk/news/article-2067178/How-police-abandoned-streets-riot-mobs-Officers-gave-impression-surrender.html

When we do, we get the above?
Can anyone please tell me what the fuck we are supposed to do?