Olympics 2012: London is starting to look like a militarised zone

With the MoD providing 7,500 troops, it’s not unthinkable that soldiers will be used in public order situations 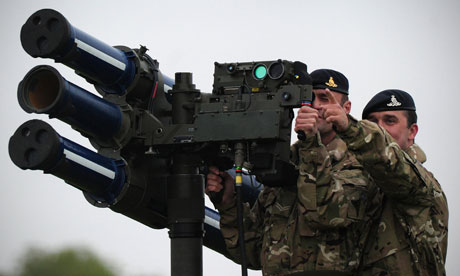 With the Olympics less than a month away, small but noticeable changes are transforming London. Special signs in Olympic pink that guide visitors to venues have appeared, announcements at major London Underground stations have become multilingual and the first of the Olympics traffic lanes have been painted. More immediately disconcerting, however, is the appearance of Royal Military police in London. For those out in Leicester Square last Saturday night the Olympic-prompted mutual aid between the Metropolitan police’s territorial support group and service personnel from the army and Royal Navy police was certainly a startling and confusing sight. It isn’t every day you see patrols by officers in desert camouflage.

But beyond the unease generated by this development there are also concerns about how the use of these officers will play out in practice. Military personnel service police have statutory powers of arrest, but in the context of Olympics policing, their role will be to aid the police in dealing with the public. Here they officially have the same powers of citizen’s arrest as anyone else does under section 24A of the Police and Criminal Evidence Act 1984; yet, on their Saturday night patrol they were equipped with handcuffs â€“ an article not typically afforded to even police community support officers.

With these service police seemingly emulating the look and role of a standard constable, it would be naive not to think of the tensions between the police and public that exist as the Olympics draw closer. Recent police racism revelations, the ongoing trial of Simon Harwood who is accused of killing Ian Tomlinson at the 2009 G20 demonstration and continuing investigations into deaths in police custody have all contributed to diminishing trust for the police in the eyes of the public. Yet while we are getting better at asking poignant questions about the role of police in light of these concerns, public conversations about racism, sexism, homophobia and other prejudices within the armed services has been much quieter.

One question that this immediately raises is of accountability. While we should not be quick to hold up the IPCC as a good example of holding police to account or fetishise what passes for police accountability, the deployment of service personnel without any mechanism for the public to make complaints to an independent body certainly worries. Lessons that have supposedly been learned from complaints against the police have taught us that it would be foolish to rely upon commanding officers to handle concerns raised about conduct of their officers.

This becomes even more of a concern when we consider that service personnel working with the police is just the beginning of the military’s role at the Olympics. The Ministry of Defence will be providing 7,500 troops to Locog to provide security at venues. Moreover, it seems that while using the army to deal with the riots of last August was recognised as a threat to “policing by consent”, a number of paratroopers have undergone public order training since and are ready for deployment during the Olympics. In the midst of concerns surrounding policing of public order situations, it should be unthinkable to use soldiers in this role. But just as it was once thought unthinkable to station missiles on top of apartments, it seems this could easily become reality.

That a Saturday night in central London, the Olympic Games or any other public space can come to look as if it was a militarised zone must disquiet more than the usual civil liberties campaigners. It tells us that something fundamental has changed when policing and military operations can come into such a “zone of indistinction”, blurred beyond separation. It is beginning to look as if the state has declared war on its citizens.

Olympics 2012: London is starting to look like a militarised zone