Operating system Windows 8 will be a “catastrophe” for PC game makers, according to Valve Software’s boss. 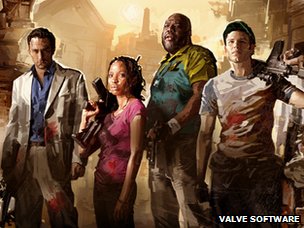 Speaking at the Casual Connect game conference in Seattle, Gabe Newell said the next version of Windows could mean big changes to the PC market. Many took his comment as a criticism of the changed user interface in Windows 8 as well as its built-in Windows Store.

The Windows Store could dent the success of Valve’s own online market, Steam, through which players buy games.

Mr Newell, who worked for Microsoft for 13 years on Windows, said his company had embraced the open-source software Linux as a “hedging strategy” designed to offset some of the damage Windows 8 was likely to do.

“We want to make it as easy as possible for the 2,500 games on Steam to run on Linux as well,” said Mr Newell. “Windows 8 is a catastrophe for everyone in the PC space.”

The arrival of Windows 8 would be likely to drive some PC makers and others out of the business because it put so much pressure on their sales margins, Mr Newell added. He said the success of Valve, known for its Half Life, Left4Dead and Portal titles, had been down to the open nature of the PC. “We’ve been a free rider, and we’ve been able to benefit from everything that went into PCs and the internet,” he told the conference. “And we have to continue to figure out how there will be open platforms.” 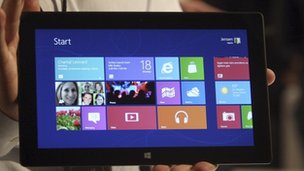 Microsoft could be “tempted” to make Windows 8 a closed platform, according to Mr Newell

However, he added, the openness that helped Valve as well as firms such as Google and Zynga could disappear with Windows 8.

“There’s a strong temptation to close the platform,” he said, “because they look at what they can accomplish when they limit the competitors’ access to the platform, and they say, ‘That’s really exciting.’”

This is seen by commentators to be a reference to the inclusion of a Windows Store in the Microsoft operating system. This is a shop through which users will be able to buy apps for their Windows 8 device. On some versions of Windows 8, it will be the only way to get downloadable software such as games.

Microsoft takes a cut, up to 30%, of every sale made through this store. This could be a significant threat to the massively successful Steam online game store that Valve runs and which gives it a commission on every title sold through the online market. A Windows Store closed to everyone but Microsoft might reduce the range of games available for sale through Steam. Windows 8′s links with Microsoft’s Xbox Live online game service could also dent the appeal of Steam for many people.

Mr Newell said Valve was preparing for the future in other ways. In particular, he said, it was trying to make tools and services that players could use to make games and gaming more fun for everyone. “We think the future is very different [from] successes we’ve had in the past,” he said. “When you are playing a game, you are trying to think about creating value for other players, so the line between content player and creator is really fuzzy.”

One harbinger of this future was perhaps found, he said, in the success of one Team Fortress player in Kansas who was earning $150,000 (Â£97,000) a year making virtual hats.

“This isn’t about video games,” he said. “It’s about thinking about goods and services in a digital world.”