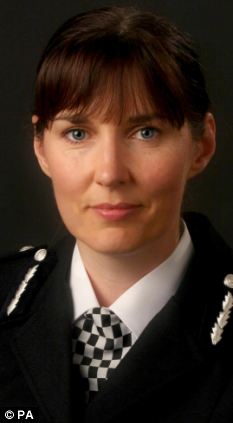 Makes history: Norma Graham is the first chief constable to appear in court as the accused in Scottish legal history

Scotland’s first female chief constable is to stand trial after she denied causing a head-on car crash which left another woman injured.

Norma Graham, the Chief Constable of Fife Constabulary, was involved in a collision earlier this year as she drove to work at the forceâ€™s headquarters outside Glenrothes, Fife.

She and another motorist, Hannah Shedden, were taken to hospital following the accident on the B922 Cluny to Kinglassie road.

Now Graham, 49, who earns Â£120,000 a year and is set to retire in three weeksâ€™ time, faces a charge of careless driving over the incident.

It is thought this is the first time in Scottish legal history that a chief constable has been cited to appear in court as an accused.

Yesterday was the third time the case has called in court â€“ with the top officer again absent.

It had earlier been continued without a plea being entered twice, with lawyers saying they needed time to complete â€˜investigationsâ€™ into the case. 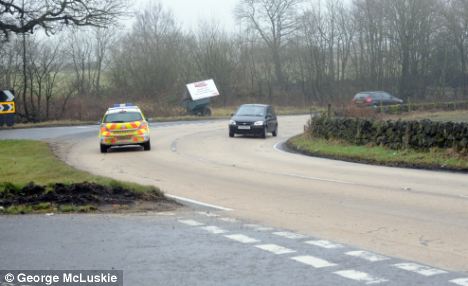 Scene of the crash: Graham is charged with careless driving after she collided head-on with another vehicle on this bend of the B922 Cluny to Kinglassie road

Her solicitor, Sally McKenzie, told Kirkcaldy Sheriff Court that Graham denied driving on the B922 Cluny to Kinglassie road on February 7 without due care and attention or without reasonable consideration for other persons using the road.

It is alleged that Graham failed to keep the vehicle under proper control and caused it to collide with Miss Sheddenâ€™s vehicle.

Prosecutors say that, as a result, both vehicles were damaged and both she and Miss Shedden were injured.

Sheriff Richard Macfarlane set a trial date in December and ordered Graham to appear at a pre-trial hearing in November.

A spokesman for Fife Constabulary declined to comment on the case.

Chief Constable Graham joined Lothian and Borders Police as a cadet in 1978 aged 16.

She started her career two years later as a bobby on the beat in her home town of Musselburgh, East Lothian.

Graham later rose to the rank of detective chief superintendent in charge of criminal investigation.

During the early part of herÂ  career she undertook a number of uniformed and specialist roles including head of the force drug squad. 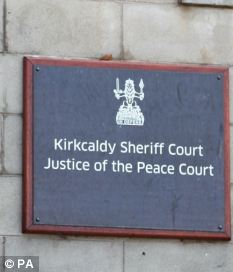 She was appointed assistant chief constable of Central Scotland Police in 2002 and in 2005 was strategic gold commander for the G8 summit held at Gleneagles, Perthshire, a role that saw her assume overall control of police activity at the summit.

She later moved to Fife as deputy chief constable and was awarded the Queenâ€™s Police Medal for Services to Policing in 2008.

In July that year Graham was promoted to chief constable.

The next year, she was made vice-president of the Association of Chief Police Officers Scotland, a position she held until last year.

Graham has been involved in operational policing on a national level in firearms, emergencyÂ  planning and resilience, public order and Olympic planning.

It had been thought she would be a front runner to lead Scotlandâ€™s new single police force next year. But in April she unexpectedly announced that she was to retire in August.

She said then: â€˜It has been an honour to serve Fife as chief constable for the last four years and a privilege to lead the dedicated officers and police staff who over the last seven years have been instrumental in almost halving crime in the kingdom â€“ a reduction of 49 per cent.

â€˜It is the same officers and staff who will deliver for local communities regardless of police reform.â€™