Police have unveiled an unlikely weapon in their war on thieves by assigning a supermarket its own beat officer made of cardboard.

The life-size cut-out guarding the entrance and aisles of Asda in Leigh has been so effective that shoplifting been slashed by 75 per cent.

Unwitting customers have even tried to have a chat with their new local policeman before realising it is a fake. 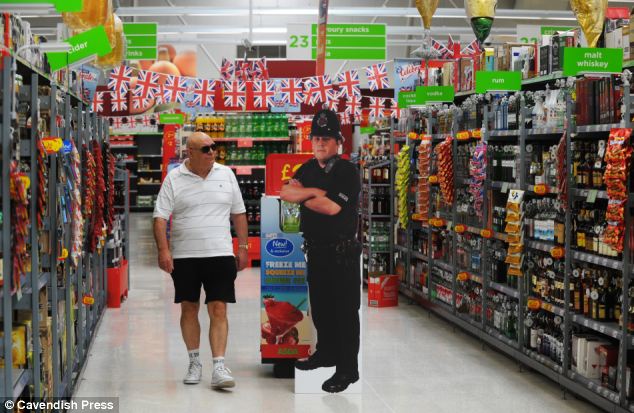 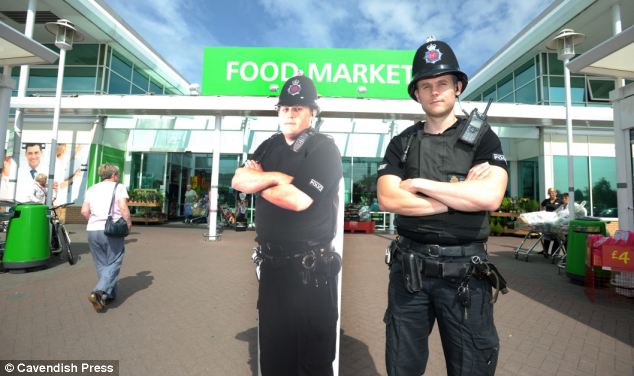 Greater Manchester Police’s new wheeze is set to be rolled out across the city as the presence of their cardboard cop, pictured with real officer PC Paul Prunton, slashed shoplifting rates by 75 per cent

The cardboard cop, nicknamed PC Boardman and based on a real Greater Manchester Police officer, was placed in the shop last October after police were called out several times a day to deal with prolific thieves.

The cardboard figure has been hailed as a success – despite shoppers making jokey references about ‘Blunkett’s plastic police’ following criticism of Britain’s police community support officers.

Shopper John West, 48, said: ‘We used to talk about the plastic police and now we have the cardboard police. Itâ€™s just a pity we canâ€™t have more real police around.’

Real officers still visit the store and the force claims it has freed up their time to deal with crime elsewhere. 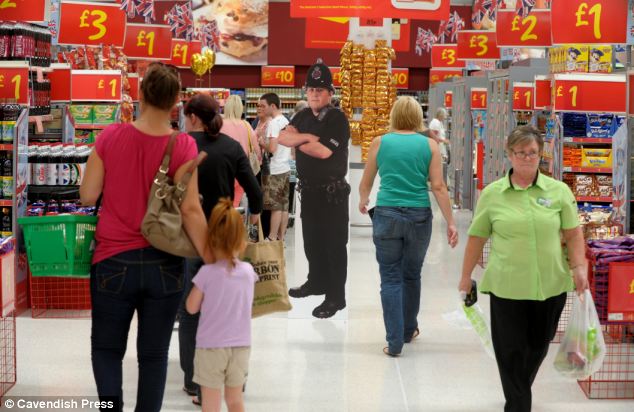 GMP’s Supt Andrea Jones said: ‘The figures speak for themselves, as a 75 per cent reduction in shoplifting offences demonstrates just how successful partnership working is.

‘This sends out a clear message to shoplifters that their actions will not be tolerated and I hope it reassures the law-abiding community that we are serious about reducing crime and making Wigan a safer place to live.’

‘This project is a great example of how partners can work together to reduce crime.’

The work is part of a pilot scheme and is to be rolled out across Greater Manchester.