If Scotland’s new force saves Â£140m a year, will that provoke a similar review of English police forces? 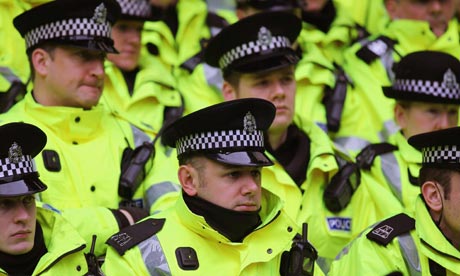 If there are still doubts as to the cash savings that can be achieved through joint (shared) services and procurement, the creation of single national police force and single national fire services in Scotland may dispel them.

The bill to create both new forces has been approved by the Scottish parliament and is expected to receive royal assent this summer.

The new police service for Scotland will go live on 1 April 2013 and the intention is to save Â£140m annually from 2018-19, equivalent to 10% of the current cost of police services (Â£1.4bn) in Scotland. The total predicted saving is Â£1.4bn over 15 years, after taking into account Â£234m of investment, redundancy and other costs relating to implementation.

The outline business case for combining the existing police authorities is particularly interesting. While the need to deliver cash savings has provided the impetus for the reform, the business case demonstrates why that reform is needed, by highlighting the disparate sizes, capabilities and effectiveness of the eight existing forces.

Several models of collaboration were considered, but a single joint organisation was the clear winner.

The McClelland review of Scottish procurement, published in 2006, has also been a catalyst for change. It may still have a long way to go, but Scotland has the most integrated public sector procurement in Great Britain.

The Scottish police forces have access to an e-procurement system that directs them towards the best deals and already delivers savings. Notwithstanding this, the creation of the Police Service of Scotland is expected to deliver additional procurement savings of nearly Â£30m a year, though some of this may come about through fewer procurements due to less duplication.

Assuming the savings are delivered â€“ and the business case appears to have been fairly cautious â€“ what might be the implications for England? England has 39 police forces, compared to Scotland’s eight, with running costs reaching some Â£13bn a year. As in Scotland, there are huge variations in size of territory and the communities served varies hugely.

England has only just introduced the e-procurement hub system that was pioneered by Scottish police forces and it is reasonable to argue that the lower level of collaboration in England means potential procurement savings from a joint police force should be at least broadly proportionate â€“ perhaps Â£250m a year.

It is difficult to imagine that pressure for a similar review of English police forces will not grow if the police service for Scotland delivers all â€“ or even a good portion of the savings expected of it. However, the arguments for joint procurement will be relevant whether or not this happens. A single procurement organisation, perhaps with regional centres, would be able to engage effectively with industry on behalf of all and introduce some relatively sophisticated techniques.

In return, police forces would need to agree to co-ordinate and standardise equipment, services and back office procurements and mandate the use of procurement agreements and contracts let by such an organisation. Joined-up working is something that independent public sector organisations struggle to do, but which the police forces will need to do if a significant proportion of potential annual savings are to be delivered.

Until English police forces work together on procurement in this way, it will be difficult to sympathise with senior officers’ protests about the impact of funding reductions on frontline policing.